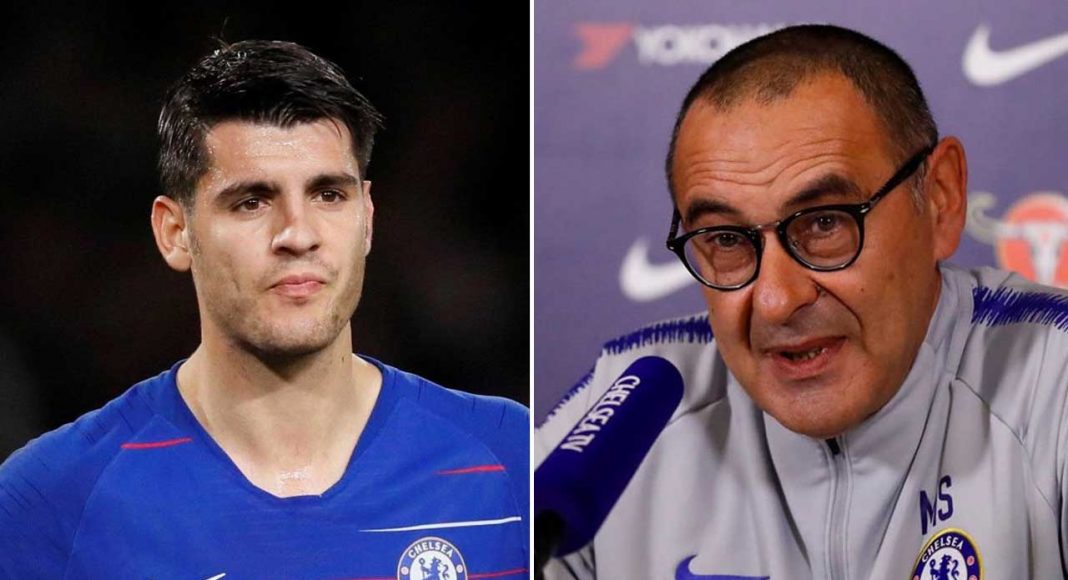 Maurizio Sarri discussed the possibility of Alvaro Morata leaving Chelsea in his press conference on Friday afternoon, and the Italian did little to dispel rumours that the Spaniard could jump ship this month.

Morata has looked disgruntled for some time now. He is completely devoid of confidence and it’s difficult to see how he would be able to turn his Chelsea career around. A move away is what he needs to reinvigorate his career.

There has been plenty of speculation that he could be off this month, with both Sevilla and Atletico Madrid being linked with providing him a route back to his native Spain. Though, neither side appears close to striking a deal just yet.

Both will be encouraged by Sarri’s comments today, if their interest in him is genuine. When quizzed on the possibility of Morata leaving Chelsea before the end of the month, Sarri is quoted by the Mirror saying:

“Of course if he was to go to another club then we need a replacement. But at the moment he is here, he has to think only to play. There are 300 players involved in the market and they need to think only to the next match otherwise it is impossible to play.”

That certainly doesn’t come across as ‘he isn’t for sale at any price’. What are you hiding, Maurizio? Has Alvaro asked to leave? Has an offer been made? Time will tell.