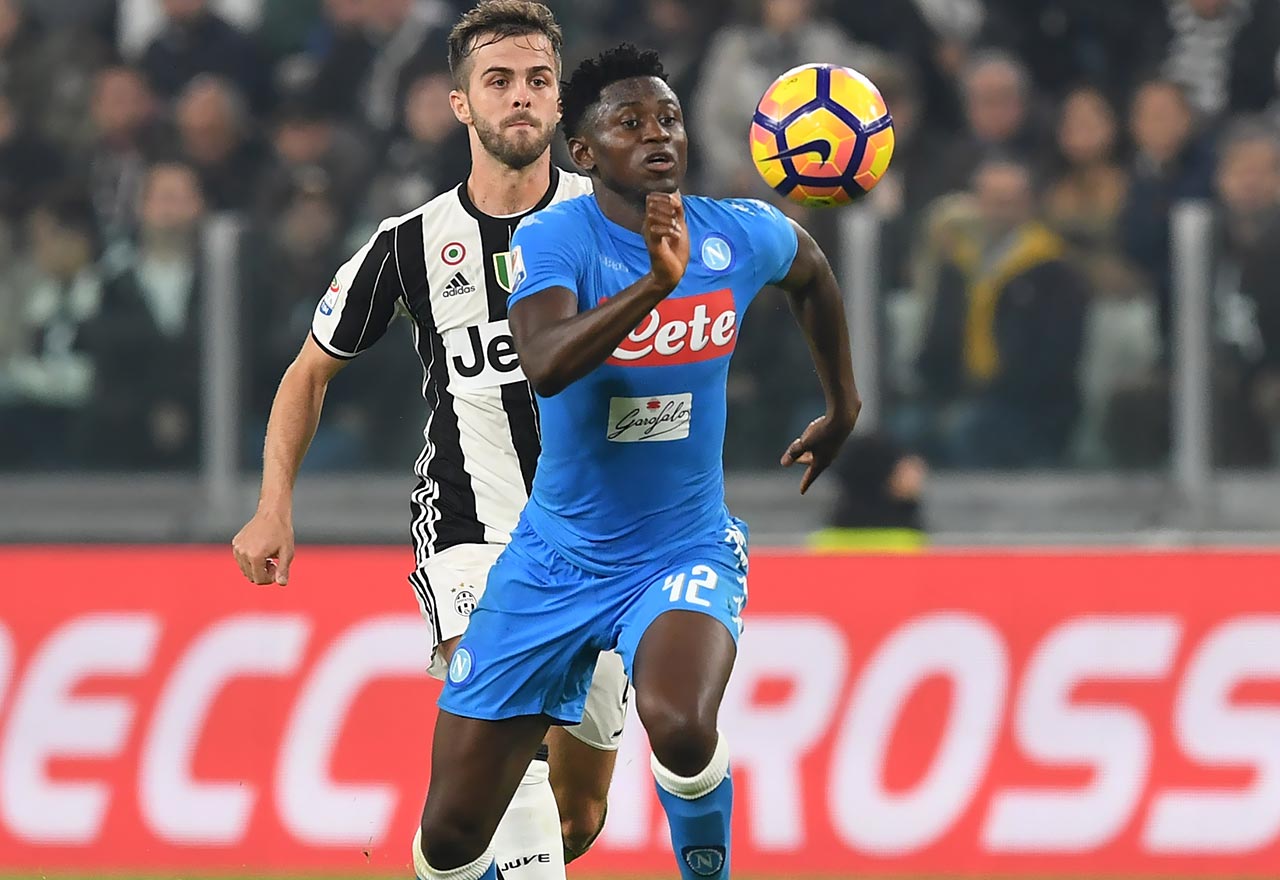 Chelsea are looking at signing highly-rated Napoli midfielder Amadou Diawara according to reports.

Spurs have already had a bid of £34m turned down for the 19-year-old Guinea-born enforcer, Chelsea will have to spend in excess of £40m to sign him.

Diawara started his professional career in the lower leagues of Italian Football at Lega Pro before making the move to Bologna for a transfer fee of £420,000.

Last season at Bologna he started to catch the eye with some stellar displays which attracted interest from a number of top clubs. He ended up sealing a move to Napoli for around 15 million euros (£13) in August.

This season the defensive midfielder has already been integrated into manager Maurizio Sarri’s starting XI having featured in Napoli’s last four Serie A fixtures.

This has attached interest from Antonio Conte who is reportedly keen to lure the midfielder to the Premier League and has opened contact with the Serie A club. Although they are unwilling to do business in January but could entertain offers for the when the transfer window reopens next summer.

If Chelsea do move for Diawara it could spell the end for Cesc Fabregas and John Obi Mikel, who are seemingly out-of-favour with Conte.