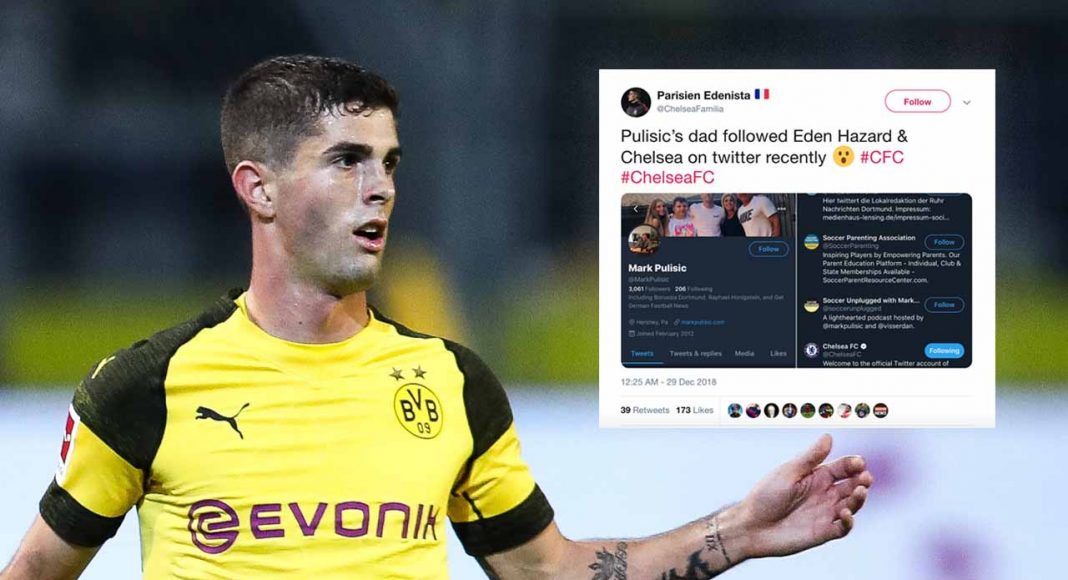 Excuse us for publishing ‘news’ like this, but we all have to adapt for the bizarre nature of the social media dominated world we live in.

The father of Christian Pulisic, heavily linked to Chelsea, so heavily in fact that Bild reported overnight that his move to the Blues was as good as done, is having his Twitter account stalked.

Now, you may argue that this is a matter for his local police force, but the information gathered by the eagle-eyed Chelsea fans who have been doing the surveillance is rather interesting, we have to say.

As shown in the two below screenshots, Pulisic’s dad has recently started following both Chelsea and our star man Eden Hazard on Twitter, which is a bit of a coincidence, don’t you think?

It’s some way from official confirmation that Pulisic will be moving to West London, but it is yet another suggestion that the move could be set to come to fruition over the next couple of transfer windows. Let’s wait and see!