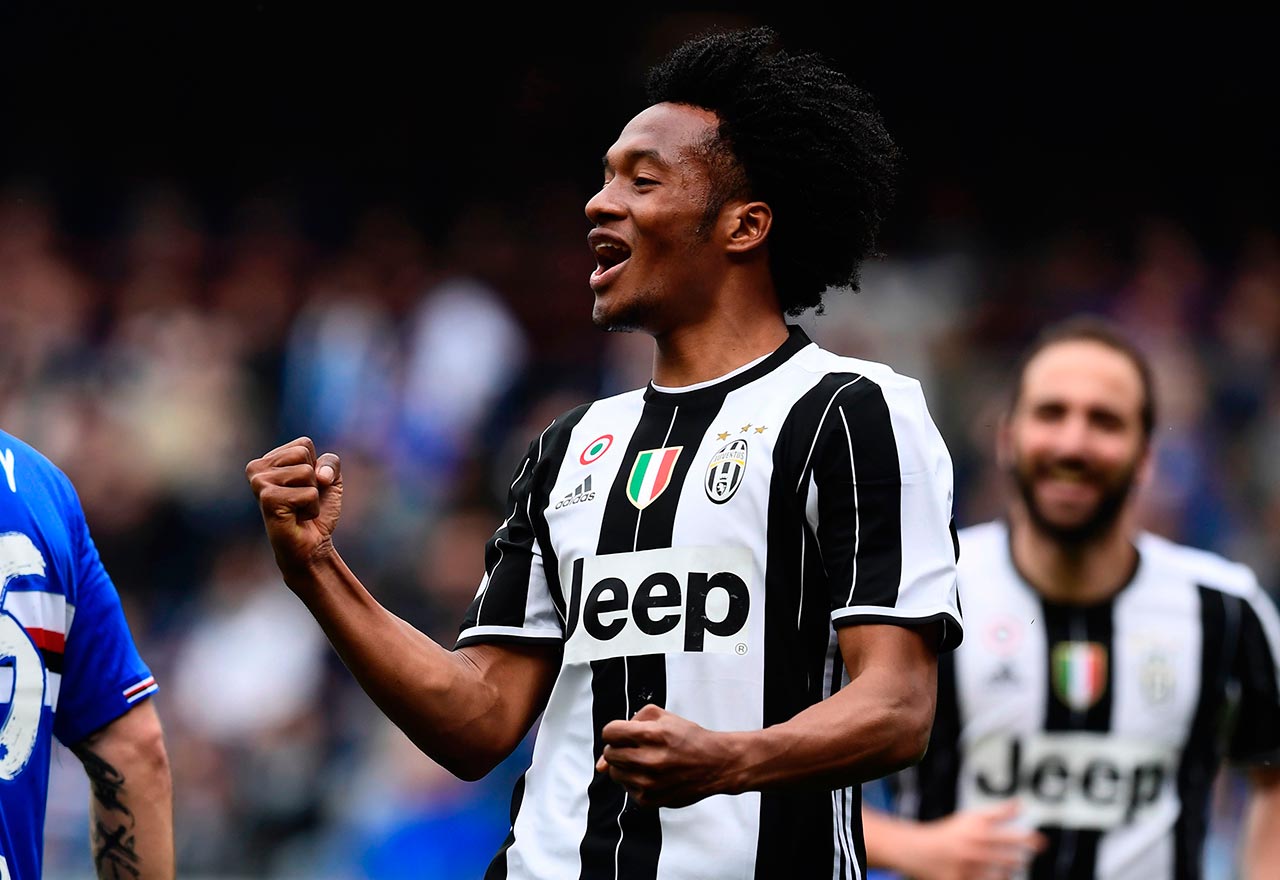 Juan Cuadrado helped Juventus win their fifth Serie A title in a row last weekend. His been in fine form of late scoring some amazing goals most notably against Palermo and Bayern Munich in the Champions League. His approaching 40 appearances this season and at times has looked every part of the player which saw Chelsea pay Fiorentina £23million in January 2015 for his services.

Juventus are keen to open talks with Chelsea over the permanent signing of the Colombian but new Chelsea manager Antonio Conte is considering bringing him back to Stamford Bridge for next season.

Conte had time to watch the winger closely while visiting his old club as manager of the Italian national team in preparation for this summers European Championships. His a long time admirer, before Cuadrado moved to Chelsea he attempted to sign him while manager of Juve.

Juve director Giuseppe Marotta has said his hopeful of persuading Chelsea to sell the winger this summer.

“We have not held talks with Chelsea yet over Cuadrado, but it will be a complicated deal as well, just like with Morata,” he said.

“Juan has been important to us, but he is only on loan. Chelsea are well stocked in his position, though, so we will try to make a deal.”

If he does move on in the summer Chelsea are well stocked in Cuadrado’s playing position with the likes of Eden Hazard, Willian, Pedro and Kenedy who all operate on the wing. There’s also Victor Moses on loan at rivals West Ham who is set to return in June.

When you see Cuadrado in the kind of form been showing this season it makes you wonder what happened during his time at Chelsea. Was it simply just a case of the Premier League being to physical and not for everyone or Mourinho’s tactics?

Would you give Cuadrado another chance next season?

He can change alots of things, so keep him ok.

Keep him, he is a good player.

Chief Chelsea scout: Hazard decline of form Mourinho’s fault
How will Chelsea get into Europe next season?