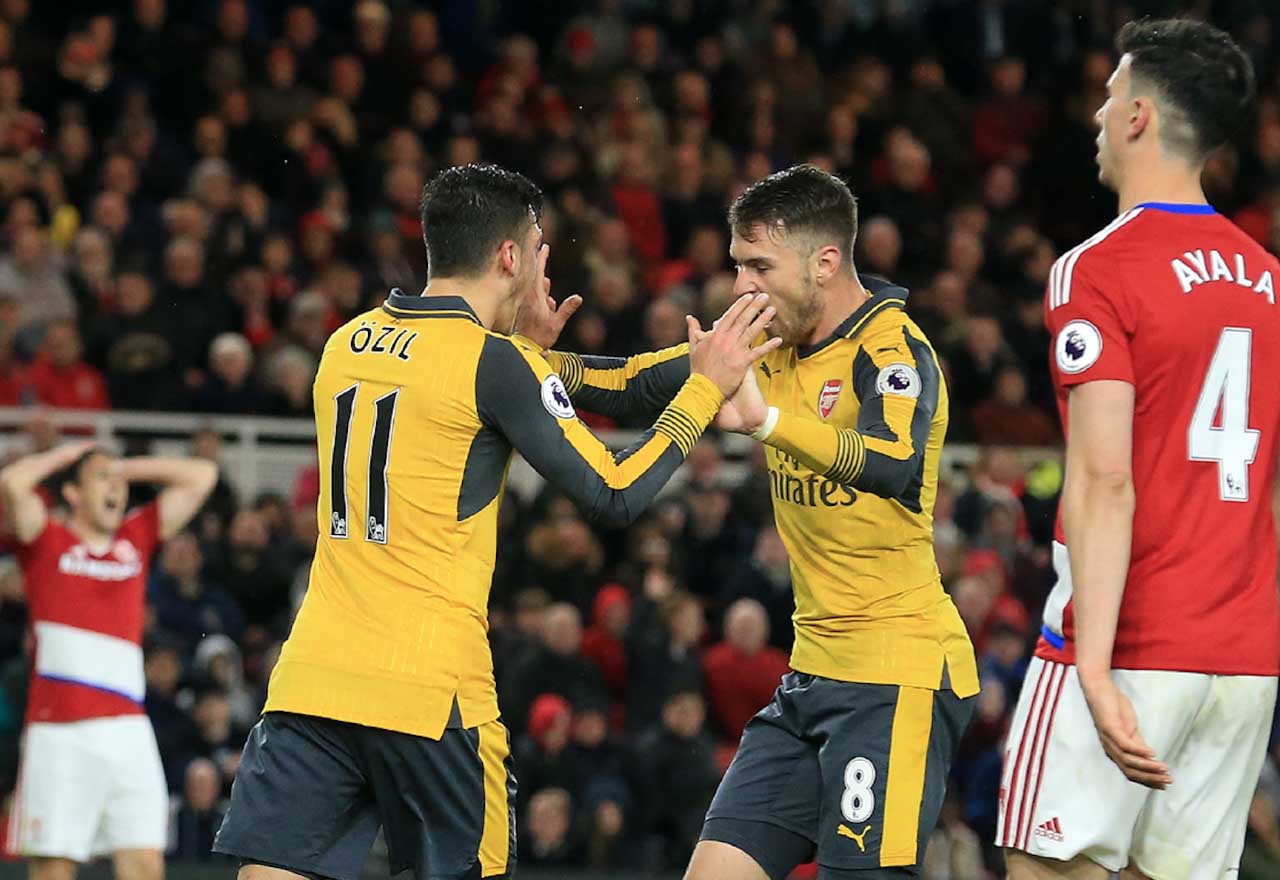 Chelsea are considering a move to sign Arsenal centre-midfielder Aaron Ramsey, according to the Mirror.

The Premier League champions conducted transfer business with Arsenal as recently as the January transfer window. Our willingness to allow Michy Batshuayi to join Borussia Dortmund on-loan provided the Gunners with a leg-up in the pursuit of Pierre-Emerick Aubameyang, subsequently allowing Olivier Giroud to become a Chelsea player. Olivier Giroud joined Chelsea for £18m on an 18-month contract.

Just two months on from the Frenchman’s arrival, it looks as though Antonio Conte is looking to raid Arsenal once again.

The Mirror report that midfielder Aaron Ramsey as emerged on Chelsea’s transfer radar as a potential summer target. The Welshman has less than 18-months remaining on his deal at the Emirates, so we may well be looking to take advantage of this situation in the same way that we tried to with Alex Oxlade-Chamberlain. Chelsea were close to signing Alex Oxlade-Chamberlain from Arsenal in the summer.

Ramsey would be a home-grown, affordable (and classy) addition in midfield. If the player’s keen, we ought to get this one wrapped up ahead of the summer.