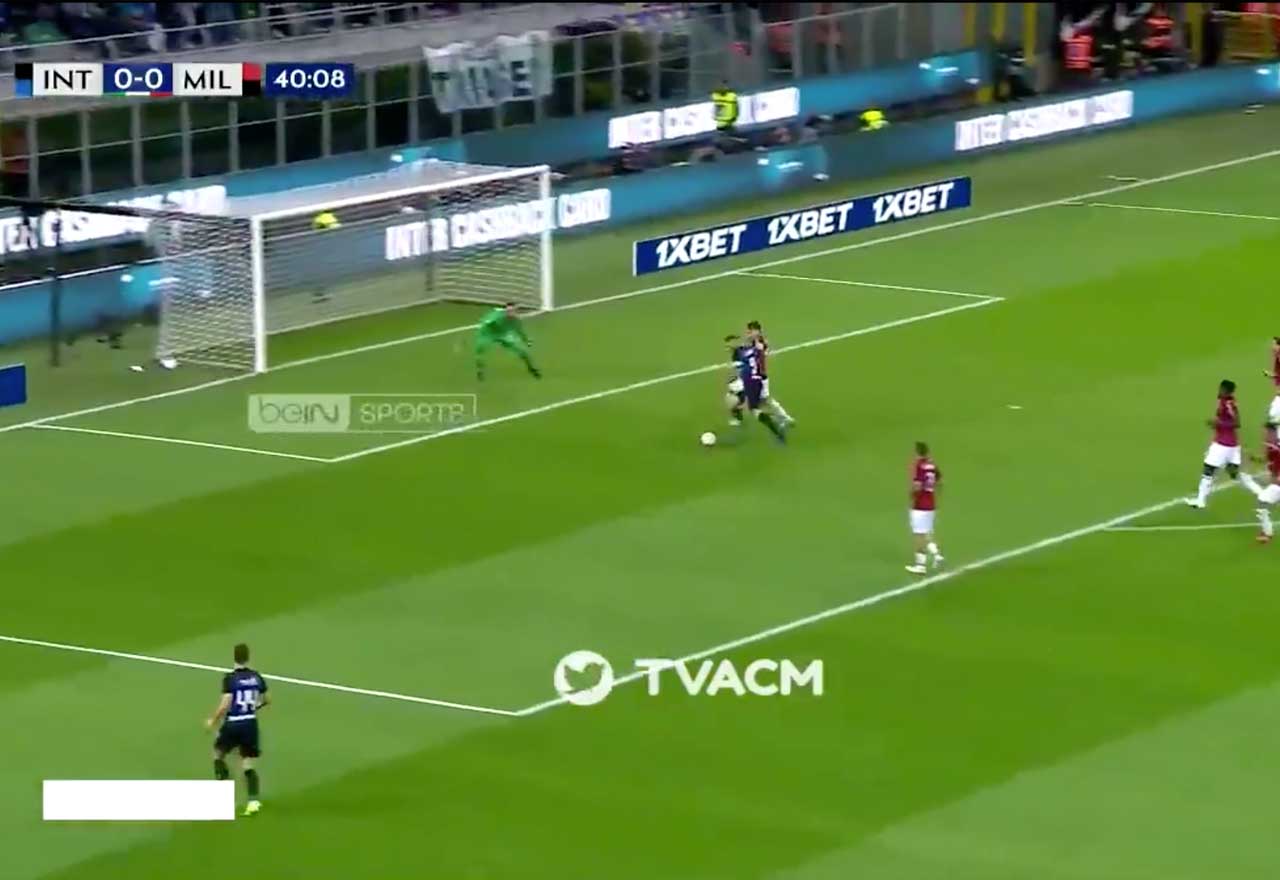 Heading into the season, we thought that we had sufficient depth in that area of the field. However, our defence has been shaky at times.

David Luiz has been unconvincing, Cesar Azpilicueta has been pushed out wide, while Andreas Christensen… who even knows what’s happened to him.

Signing a new centre-back could soon become a priority, and Chelsea appear to have identified a potential target; Alessio Romagnoli.

The 23-year-old has already established himself as a regular for both Milan and the Italian national team. It’s no surprise that Maurizio Sarri has taken notice.

Whether it was Sarri, or someone behind the scenes, who sent a scout to assess Romagnoli is unclear, but they will have been impressed with this excellent piece of defending.

Romagnoli made a superb sliding tackle to deny Mauro Icardi, who would have had no problem finding the back of the net from there.

Unfortunately for Romagnoli, Icardi was able to find the back of the net later in the game. Regardless, is he the man to solve our issues at the back, Blues?