Talk Chelsea
Home Transfers Transfers: Chelsea striker’s agent ‘in talks’ over deal to take him back... 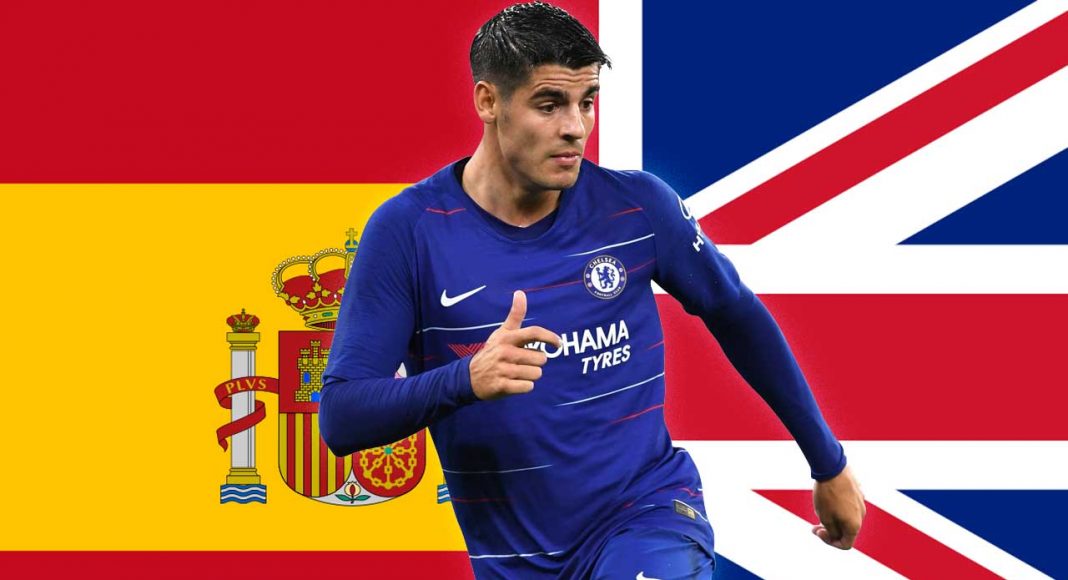 Alvaro Morata may not survive January as a Chelsea player. The Daily Mail believe that his agent is in talks with Sevilla over a possible return to La Liga.

There were high hopes for Morata upon his arrival at Chelsea, and despite sporadic flurries of goals, he has been unable to convince us that he is worthy of occupying a starting role in our attack long-term.

Chelsea need a new striker to upgrade on Morata, and it doesn’t look as though he’s keen to stick around and see himself condemned to the subs bench. There appears to be a chance that he could seek the exit door this month.

As the Daily Mail report, Sevilla are thought to be interested in signing Morata, with negotiations already underway to strike an agreement with the striker’s agent.

If this is the end for Morata, we have to sign a new striker this month or we face being left short in attack. What do you reckon, Blues?

Really I can’t wait for him to leave but getting a better replacement this January is almost impossible, I would go with Callum Wilson but I don’t think Bournemouth will let him go atleast not for now.