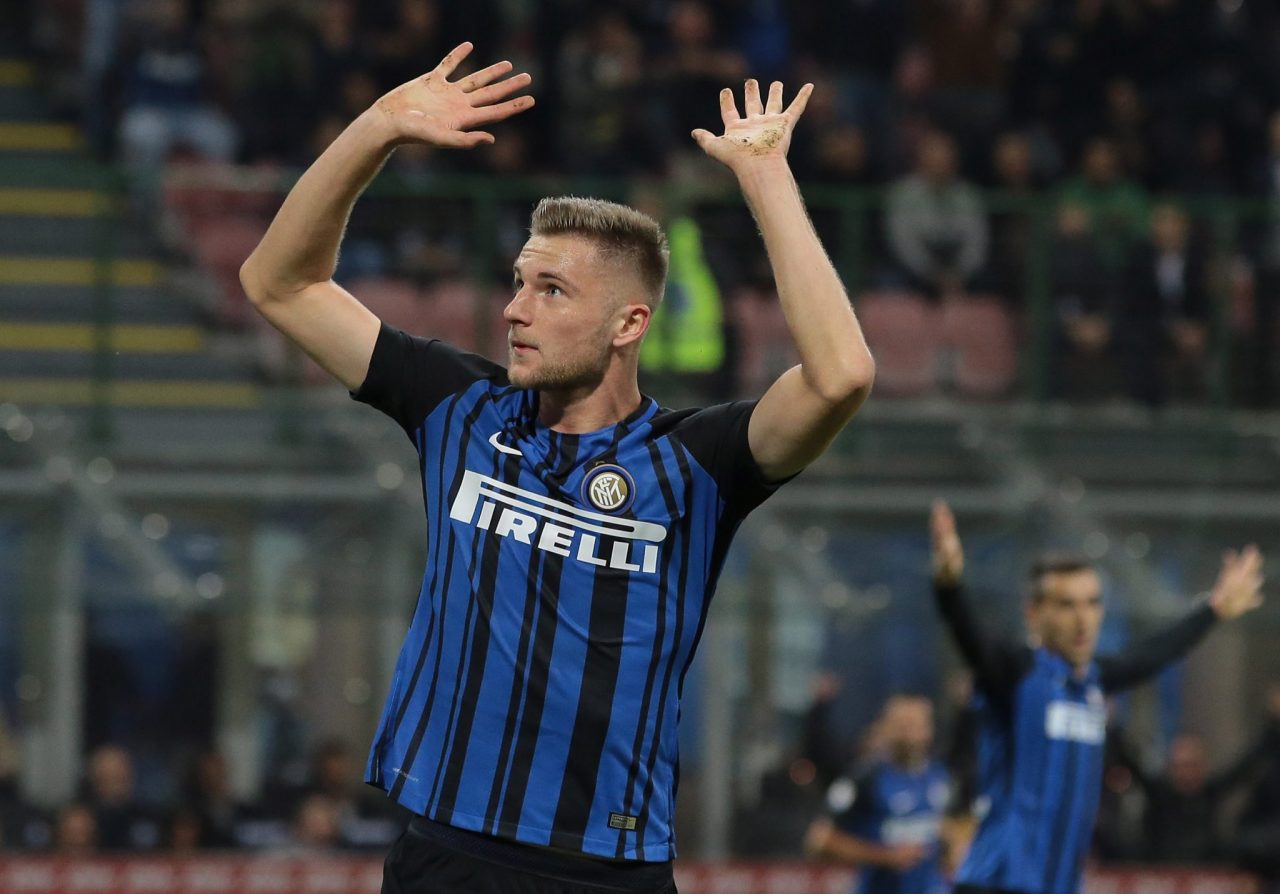 Inter’s Milan Skriniar has rubbished reports of a move away from the Serie A side, the Express reports via Gazzetta dello Sport.

Chelsea is one of several clubs interested in signing the defender along with Real Madrid and Barcelona.

When speaking to Gazzetta dello Sport, Skriniar was quiet on a move to Chelsea but dismissed moving to Spain when asked about a move to either of the La Liga giants.

“If I leave the next season? No, it won’t happen. I will stay in Milan.”

Who is Milan Skriniar? Milan Skriniar battles with Dries Mertens in Inter’s Serie A clash with Napoli in October.

Skriniar recently joined the Milan side from Sampdoria in the summer. It’s no wonder why the centre-back won’t jump ship this quickly.

The player can also play in defensive midfield, a position he has often occupied with Slovakia.

Despite not featuring in next year’s World Cup in Russia, Skriniar’s performances with Inter haven’t been affected.

Inter are second in Serie A, just two points off league leaders Napoli, conceding just nine goals in the process.

A move for Skriniar would certainly bolster our options at the back. However, a deal at this stage looks unlikely.