Talk Chelsea
Home Transfers Transfers: Concern for Alvaro as former teammate is linked with nicking his... 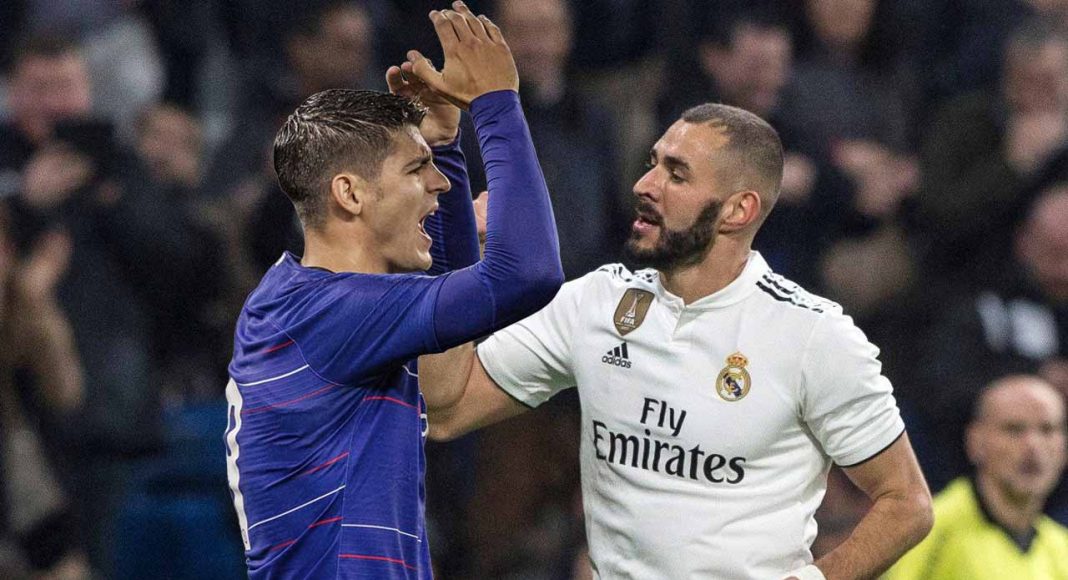 Chelsea have been tentatively linked with a move for Real Madrid striker Karim Benzema.

We say tentatively, because the rumour is merely noted by the Mirror, who report that betting has been suspended on the Frenchman moving to Stamford Bridge.

It may well be a case of ‘two-and-two-together’ journalism, with Chelsea needing a striker and Benzema potentially after a new challenge.

Regardless, Benzema has been linked and though he is undeniably a better option than Alvaro Morata or Olivier Giroud, is he really what we need?

Chelsea need a striker who is going to guarantee them 20-goals a season. Benzema scored 12 goals in 47 appearances for Real Madrid last term. It’s not good enough.

He’s also 31-years-old, which means that we would only likely offer him an 18-month deal if he was to be signed this month. Honestly, what’s the point?

You can safely write this rumour off as a falsity, in our opinion. Benzema will not be signing for Chelsea anytime soon.