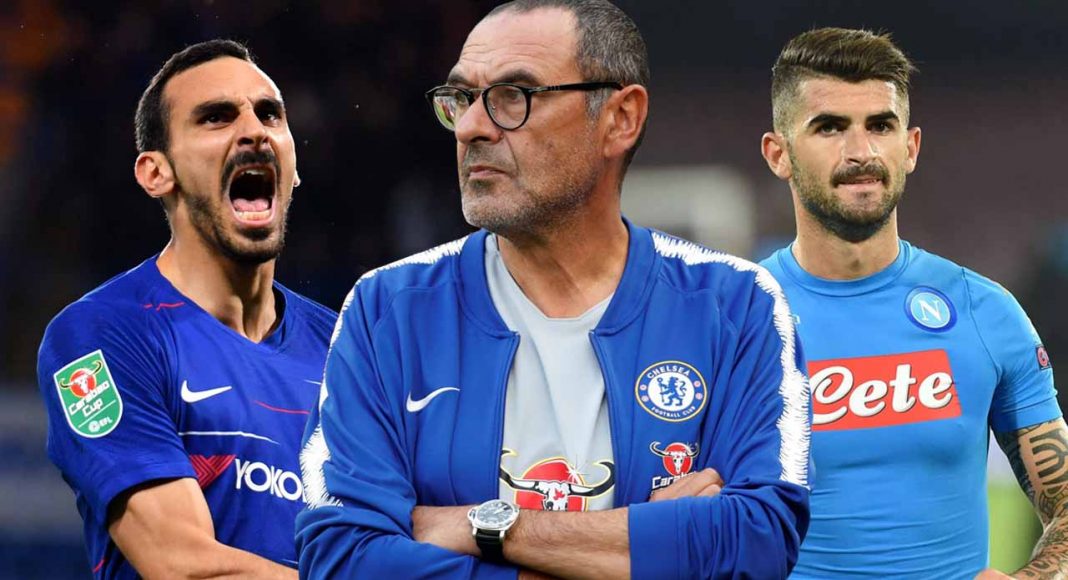 The situation on the right-side of Chelsea’s defence could change considerably in January, if Italian publication Corriere dello Sport are to be believed.

Cesar Azpilicueta has occupied that position, and the captain’s armband, from the first day of the season. Maurizio Sarri has moved the Spaniard back to his ‘natural’ position, and though he hasn’t been at his best, he’s not getting displaced any time soon.

Sarri’s unwillingness to drop Azpi has proven to be bad news for Davide Zappacosta, who has only been granted opportunities to impress during cup games. It may well be time for the Italian to leave, and Corriere dello Sport claim to know his replacement.

The report claims that Zappacosta has been offered to AS Roma on loan, with the Serie A side interested in getting the deal done. Chelsea will then reportedly pursue Napoli’s Elseid Hysaj, who is a player Sarri knows well from his time at the Stadio San Paolo.

Whether this news proves credible will only be discovered in time.

Previous articleTransfers: Napoli star confirms he’s open to reuniting with Maurizio Sarri at Chelsea
Next articleChelsea fans set to get their wish, Sarri will have a new striker in January