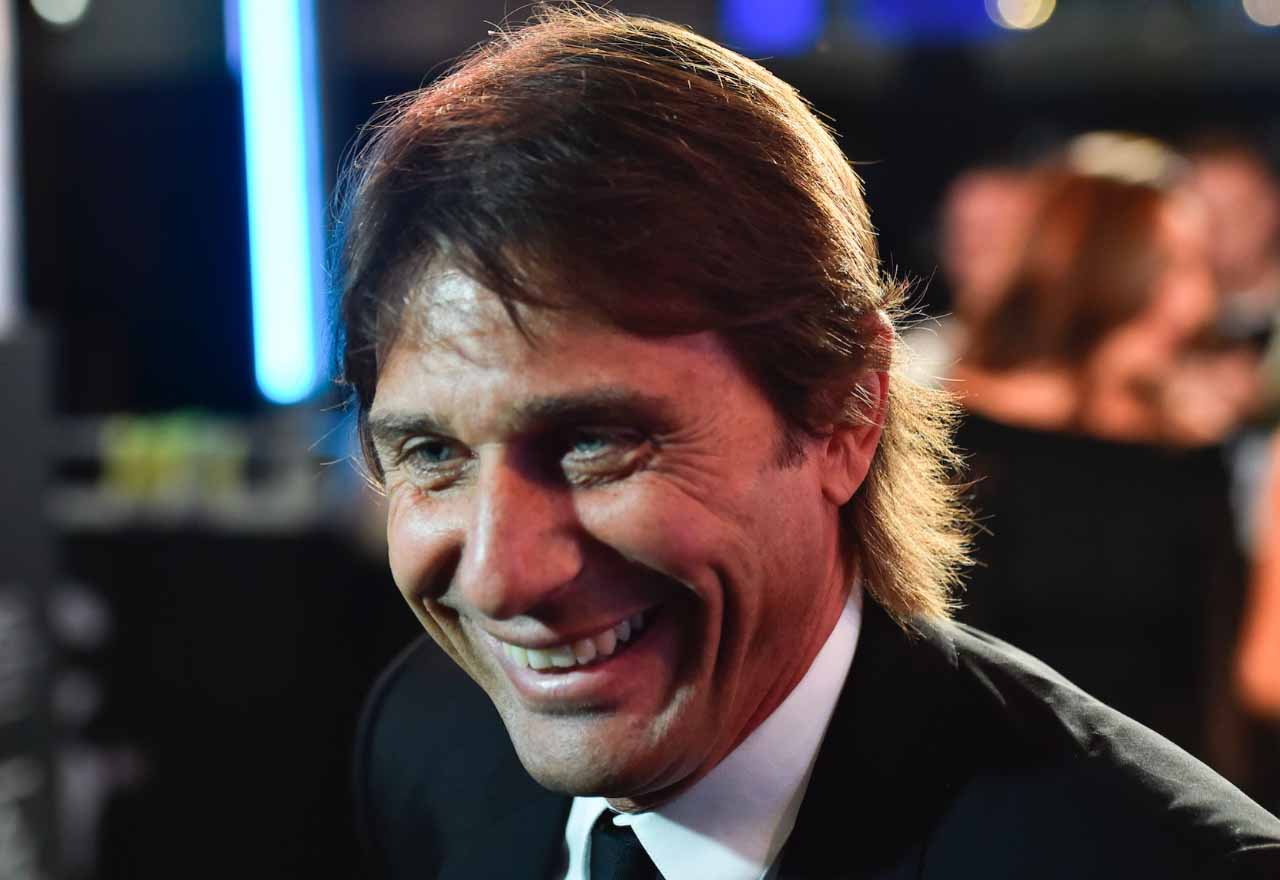 It has been one of the worst kept secrets of world football that Antonio Conte is on the verge of getting the top-job at Chelsea.

And in the current international break, where Conte was set to meet the media, was the perfect opportunity for the English media to try and introduce the Italian the Premier League public (as he will coach in England next season, and thus become suddenly much more interesting)

To his credit, Conte did not disappoint, with his little “introduction” going really well that it would only be beaten by the first times England learned about Jose Mourinho and Jürgen Klopp, he even mentioned a possible transfer target in Arturo Vidal, after the Chilean’d said he would go to war if Conte wanted him to:

And I would take Vidal [to war]. He’s an amazing player… [At Juve] in my head I wanted to play with 4-2-4 and 4-4-2; seeing the intensity of Vidal up and down the pitch, I switched to 4-3-3 which is then transformed into a 3-5-2. He has extraordinary physical qualities and exceptional technical skills.  If I get to coach him a bit more, that would be fantastic. I want him on all my teams.

Now, this could just be a typical case Coach-mance between Vidal and Conte, but we as Chelsea fans would hope that it is more serious. In any case, taking Vidal out of Bayern would be a very difficult challange.

Conte continued while he was on a roll and told us a bit about his football philosphy:

Football is a sport and sport is a battle and in battle, we must be superior. The motto of Baron De Coubertin [the important thing is to participate — i.e. the modern olympic games] is not for me. I’m a very competitive person, I do not do things just for the sake of doing them. If I decide to do something, I want to get the maximum out of myself and others, because I am a perfectionist.

He also talked about what his expectations from his players are:

“You have to sacrifice yourself for the team. The team isn’t a single element. Obviously the more talent you have, the more chance you have of winning, but I want that talent to be put to use for the team. The team has always been the priority for me, I’ve never entrusted everything to a single player, no matter how good he was. What distinguished me [as a player] was running a lot, happy because I could see the superstars playing, playing for the team. I’ve experienced it, and I know how it is so that’s what I wanted to implement.”

“Lack of passion [makes me angry]. Football is a sport you have to be in love with, you need to have a lot of passion and enthusiasm. If I see people who don’t have it, strolling around the pitch, looking tired in training — that makes me angry.”

Sound familiar? (if it does not, open wikipedia and check out who Chelsea’s previous manager was.) But don’t worry, Conte can sound mystical and deep minded like Guardiola too:

“[Accepting criticism can be] difficult for everyone, including coaches, especially if you’ve given everything.  I use videos — show rather than tell, you might say. I like to put it in a didactic way, get them to explain what would have happened if they’d been better positioned. It gives them more responsibility and gets them thinking like coaches.”

“You have to know players, know who needs shouted at and who doesn’t, get into their heads. Nowadays a coach has to be prepared in every way, tactically, technically and psychologically. You have to read and study hard. Anyone who says there’s nothing left to invent in football is very foolish, they’re saying they don’t have the desire to do anything.”

It seems like the more we learn about the man, the more we like him. However, we have to be careful as we know from previous experience that saying all the right things is not always enough. But hey, let’s try to be optimistic about this!

Emenalo out? Chelsea thinking about sacking our technical director?
Chelsea targeting a world class reinforcement at the back