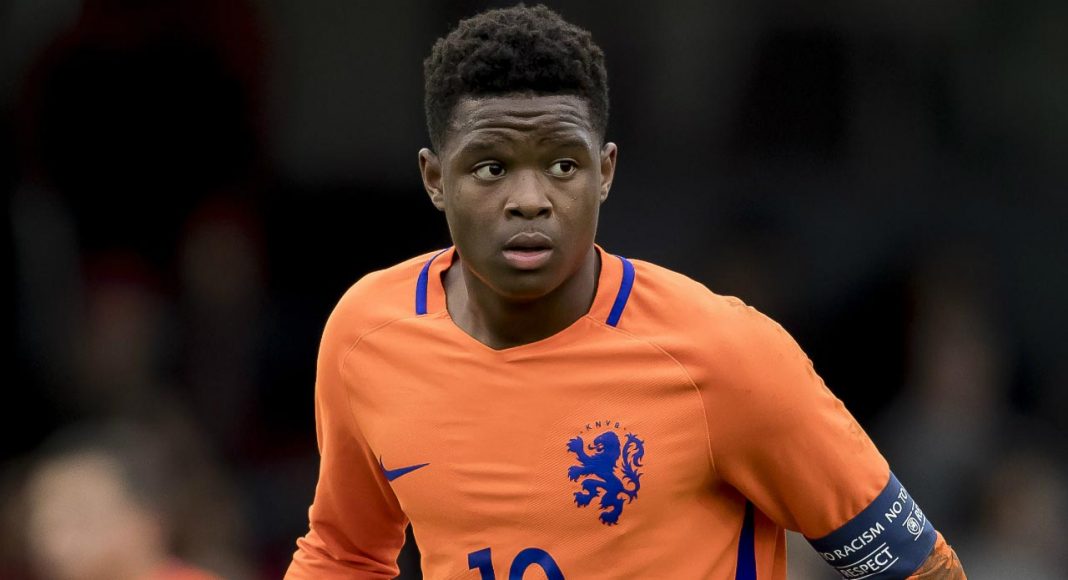 Chelsea look to have wrapped up their second signing of the summer after the transfer of Daishawn Redan from Ajax, yesterday a photo emerged of him holding up a the club shirt.

However from the photo it looks like Redan is holding the Adidas shirt from last season rather than Chelsea’s new all-blue Nike version because of the white trimmings down the sides.

Nevertheless, Ajax announced back in March that Redan would leave the club at the end of the season.

The youngster is also pictured holding the No.9 shirt which has vacant since Radamel Falcao left the club, he is highly unlikely to be handed it in his first season at such a young age.

The dutch youngster is only 16 years of age and is said to be one of the most promising youngsters to come through the ranks at Ajax in recent times.

The likes of Man Utd, Man City and RB Leipzig have all been linked with the teenager in the past, but it now looks certain that he has signed for the blues.