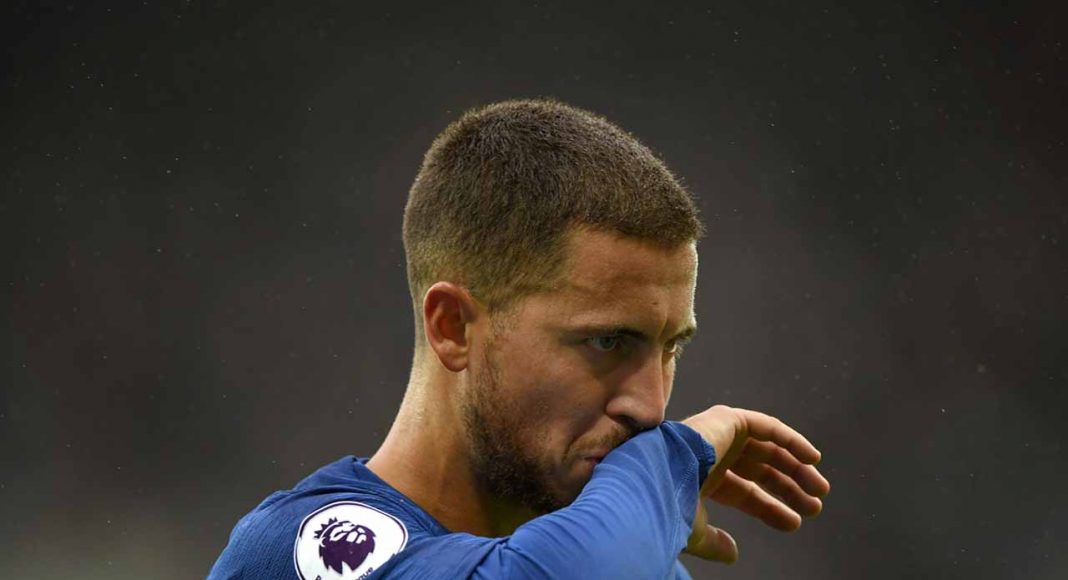 Telegraph reporter Matt Law has provided an update on the precarious situation surrounding Eden Hazard at Chelsea – and it’s not good news.

Hazard has in the past few days reaffirmed his desire to play for Real Madrid, but was reluctant to go as far as confirming he would not sign a new Chelsea contract.

Publicly flirting with the Spanish giants once again gives the impression that he’s trying to tempt Florentino Perez into making a move, and Matt Law has suggested that may be the case.

As per the report, Hazard could still sign a new contract with Chelsea, but only if Real Madrid opt against attempting to sign him.

If Perez gives the green-light to a move for Hazard, he will attempt to force his way out of Chelsea, presumably in a similar manner that Thibaut Courtois did in the summer.

This is a love affair that we hoped would never end, but we ought to begin preparations for the departure of our star man.