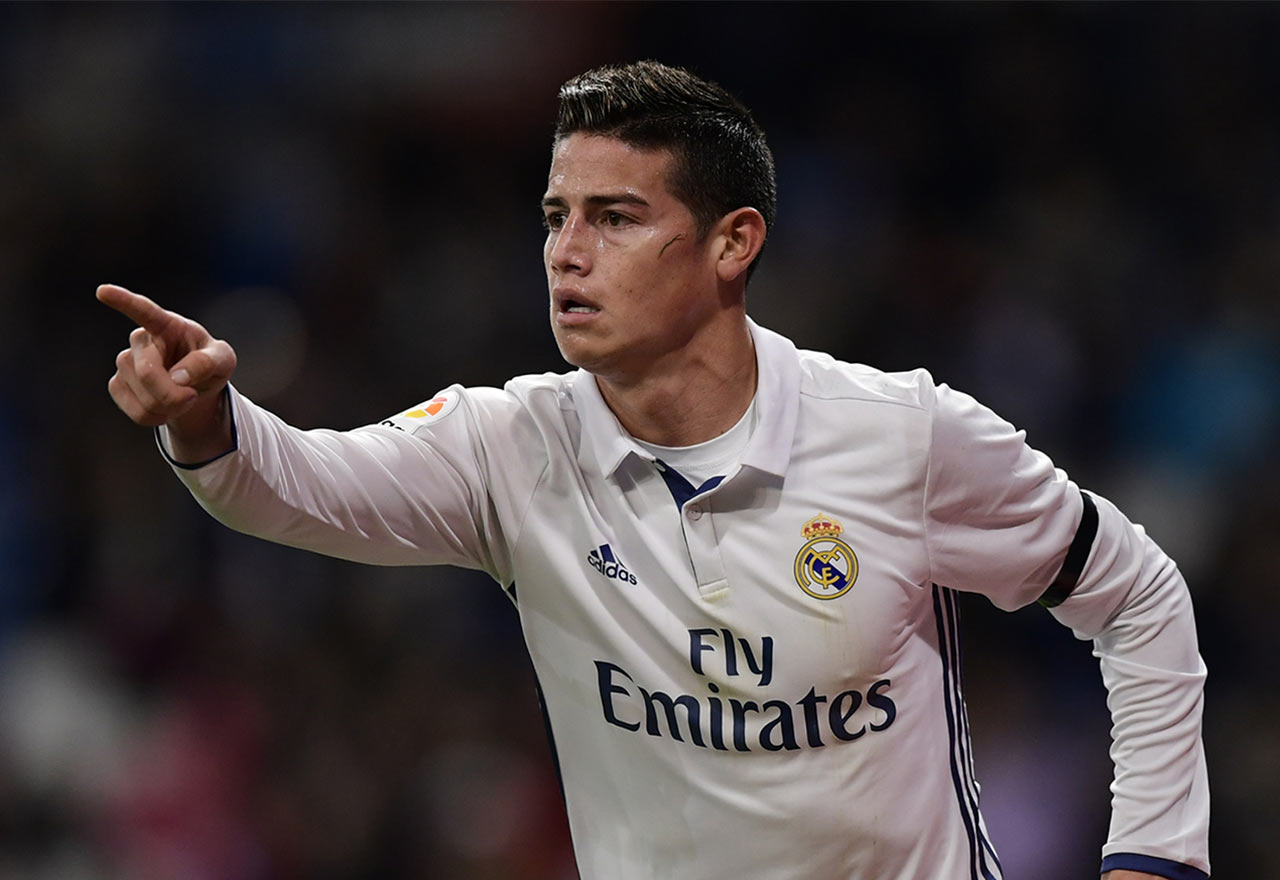 The Colombian play-maker had recently mentioned about a certain possibility of leaving Real Madrid, and was recently spotted at the British Embassy in Bogota.

James Rodriguez has been on the radar of many Premier League teams since the 2014-15 season, especially after the FIFA World Cup after a brilliant display for Colombia and also winning the golden boot. The situation seems realistic two years later when he announced that he has offers from “6-7 clubs and a week’s time to think.”

Having left out of the Galacticos’ lineup for majority of the season so far, the midfielder has only eight appearances so far for the Champions League and Club World Cup winners. The lack in playing time might have forced him to force his way out of the Bernabeu, all the way to the Premier League.

Chelsea have shown quite an interest for the player, with Antonio Conte ready to bring the player to Stamford Bridge for an astounding fee of 75 million pounds. Oscar’s departure to China seems certain and Conte seems to have dropped hints regarding his situation so as to confirm this news.

The main question is though— Is James Rodriguez the right man for Chelsea AT THE MOMENT?

The Blues seem to be in sublime form having 11 victories in a row after their win against Crystal Palace. The new 3-4-3 formation has worked for the former Juventus and Italian national Team coach, and how! The partnership between N’Golo Kante and Nemanja Matic in the midfield seems brilliant, and the front and back three for Chelsea are in great form, no wonder how they are sitting on top of the Premier League table six points clear off Liverpool.

Oscar was a regularly starting player for Jose Mourinho in the title-winning 2014-15 season, but had a dismal 2015-16 season along with the rest of the team except Willian. The Brazilian has been an out-of-favour player under Antonio Conte and so he has decided to go to China. James’ case might look the same during the latter half of this season. If Conte had left out Oscar, who is in Chelsea for the fifth season, then we can imagine how much effort James will have to put in so as to break into this new-look and in-form Chelsea side.

Chelsea’s Colombian recruit and a fellow team-mate of James, Juan Cuadrado was bought by Mourinho in the winter transfer window of the 2014-15 season and incredibly failed to live up to the expectations of the Stamford Bridge faithful. He is currently loaned to Juventus for three seasons, so that clearly sounds like a farewell to Juan after a dismal half season. Radamel Falcao, taken on loan, who was with James during his time at Monaco, failed to make an impact for Chelsea in the dismal 2015-16 campaign. So Chelsea’s Colombian international players have not had that great time at the Bridge.

With players like Cesc Fabregas and new summer signing Michy Batshuayi struggling to break into the first team since the start of the season, James Rodriguez will have to work really hard should he arrive at Stamford Bridge to join Conte’s blue army and live up to the expectations of the fans as well as the people who provided the finance for his transfer.

The James Rodriguez transfer can be a huge boost for Chelsea’s title hopes though— the problem of less options available so as to replace the tired players which led to a dismal 2015-16 campaign. But James would certainly like first team action immediately given his unique style of play complimented with sublime passing and shooting skills.

So before talking about a much fancied transfer to Stamford bridge, whether James Rodriguez can be a good signing for Chelsea at the moment should be the main question asked; moreover, if we are talking about long term goals, then he has the ability to become on of the main team members in any world class team. Conte is known for his superb man management skills and should James come to Stamford Bridge, he would have found a way out to fit him in the squad by that time.

I think Chelsea will need alternatives for the forthcoming season and as far as this season is concerned, we should invest in a profitable transfer. We wouldn’t have to shell out a huge figure. But with all this build up and hype created around this transfer, we should really think… Read more »