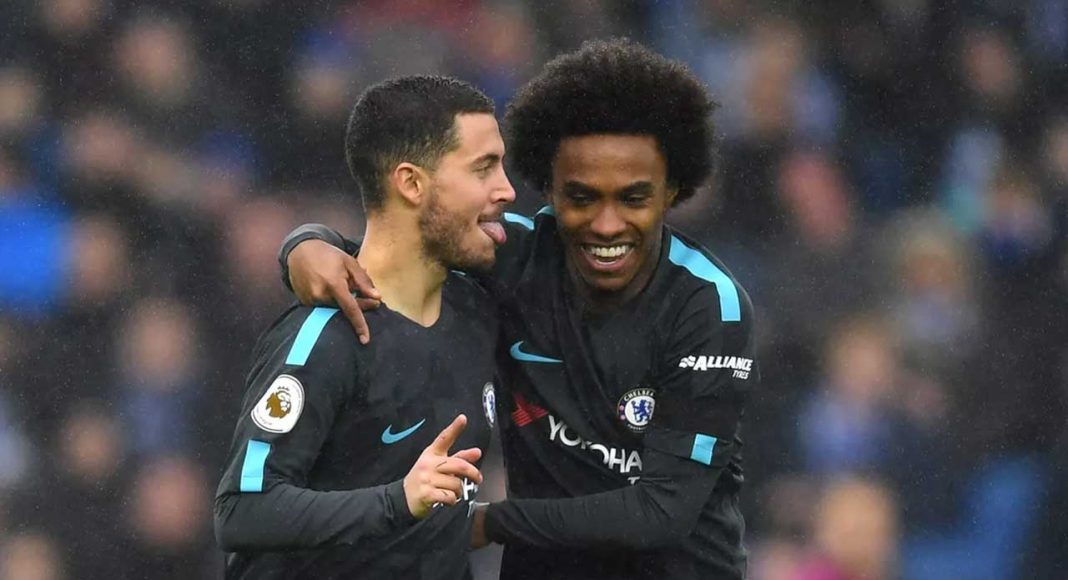 Chelsea winger Willian has claimed that he is ‘very happy’ with life at Stamford Bridge, amid continual rumours that he’s set to leave the club.

The Brazilian international has been linked with Barcelona, Manchester United and Real Madrid this summer.

Barca were thought to have placed several sizeable bids for him earlier in the transfer window, but Chelsea showed little willingness to sell.

That reluctance to give the go-ahead to a move away from SW6 appears to be reciprocated by the man himself.

Willian is quoted by Globo Esporte essentially ruling out leaving the club this summer:

Though he divides opinion, Willian has been one of our most consistent performers in recent seasons.

Chelsea fans are confident that Maurizio Sarri will bring out the best in Eden Hazard and Pedro – does the same not apply to our reigning players’ player of the year?

We’re unsure that selling one of our best players is how we should be looking to rebuild after a fifth-place finish. Let’s make sure he stays put.

Previous articleChelsea look set to miss out on three transfer targets in one day…
Next articleChelsea player fails to report for training, Real Madrid put £65M on the table