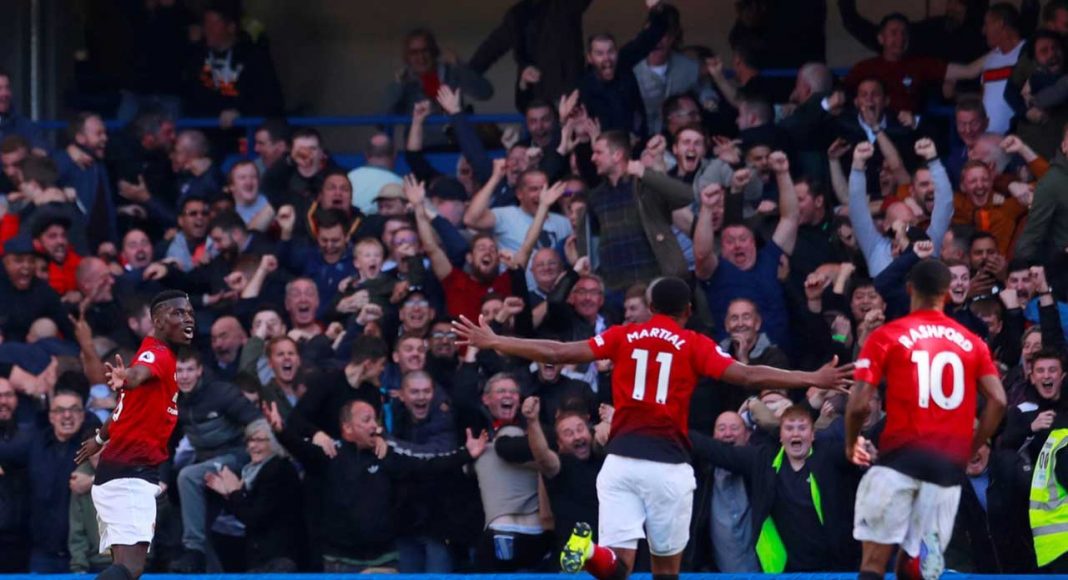 Martial’s situation at Old Trafford remains precarious, despite a recent run of form under Jose Mourinho. United have extended his stay at the club until 2020 by activating a clause in his contract, but there’s no guarantee he’ll stay beyond that time.

Sky Sports News are under the impression that talks between Martial and Man United over a further contract extension are at a standstill. Both Chelsea and Juventus are believed to have been alerted to the situation.

Martial would be the ideal addition to our often uninspiring attack. The chances of United allowing him to sign for us are slim, but we can dream, can’t we?

Perhaps if we offer Willian in return, considering how highly he’s regarded by Mourinho, ew would stand a better chance of signing the Frenchman.

Previous articleTransfers: Chelsea linked with move for imperious £70M-rated Inter Milan defender
Next articleChelsea midfielder has made a decision over his future – and it’s not good news