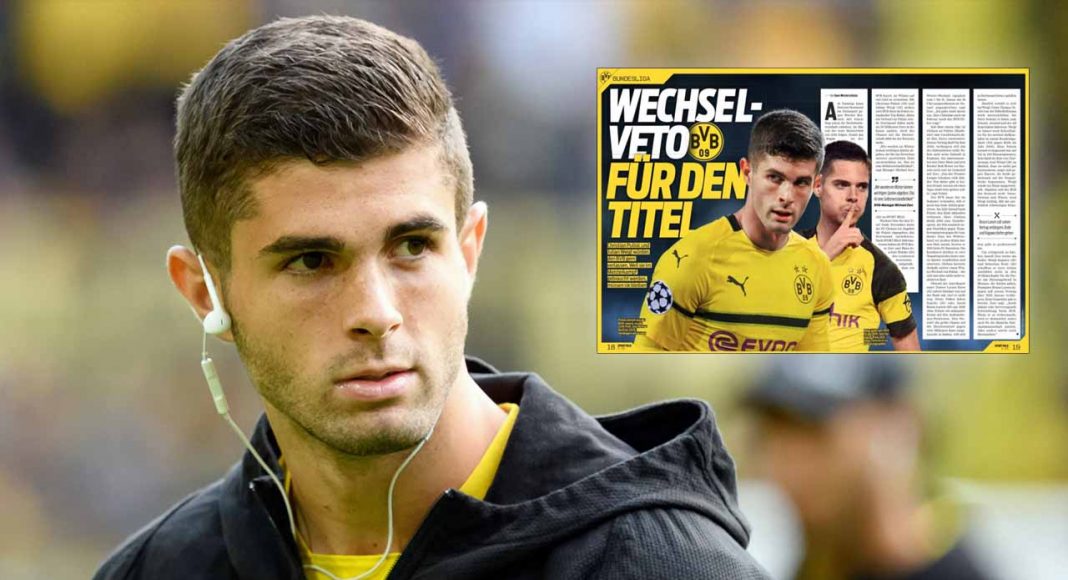 German newspaper SportBild have provided an update on the future of Borussia Dortmund’s Christian Pulisic, with Sport Witness translating the information into English for our convenience.

Pulisic has been continually linked with Chelsea over the past few months. Whether he is a player identified by the club as a worthy addition, or Maurizio Sarri himself is a fan, is unclear, but our interest appears genuine.

SportBild report that Chelsea have already opened the bidding for Pulisic, with the Blues hoping to sign him this winter. It would come as no surprise if Sarri was hoping to further his options out wide before the season’s end.

However, Dortmund are reluctant to allow him, or any player in fact, leave while they are in the running for the Bundesliga title. They are keen to avoid upsetting the status quo, despite Pulisic seeing himself playing in England in the future.

Chelsea may have to shelve their interest in Pulisic until the summer, but that’s no disaster. If Sarri needs to rotate down the channels, Callum Hudson-Odoi ought to be given the minutes.

Previous articleChelsea fans set to get their wish, Sarri will have a new striker in January
Next articleTransfers: French reports link Chelsea with move for discontented PSG striker