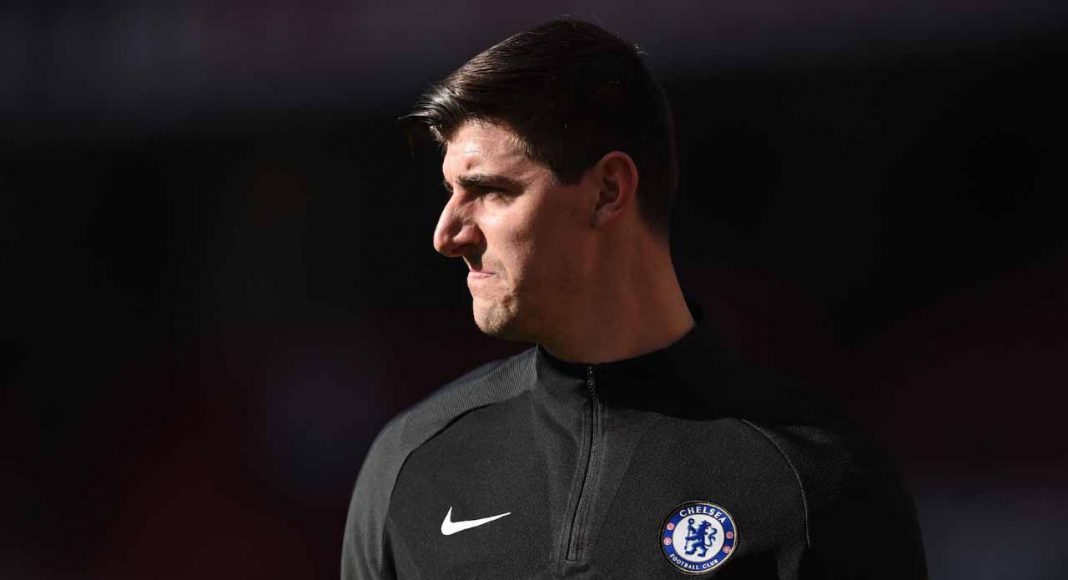 Thibaut Courtois will reportedly not be signing a contract extension with Chelsea following a breakdown in talks between the two parties.

Courtois returned to Stamford Bridge from his loan spell with Atletico Madrid in the summer of 2014. He immediately displaced Petr Cech and begun to show us why he was considered one of the best goalkeepers in the world during his time in La Liga.

However, his long-term future at Stamford Bridge has been in doubt for some time now. He has just one-year remaining on his deal with the Blues, and there does not appear to be any shortage of interest, at home and abroad, in signing him.

According to Gianluca Di Marzio, Courtois’ time at Chelsea will soon come to an end. Both Real Madrid and Liverpool interested in signing him. A move to the Santiago Bernabeu looked to be on the cards for some time now – but Liverpool? No chance. We’ll believe it when we see it…

Previous articleDo Chelsea Need Another Reboot?
Next articleCesar Azpilicueta believes Chelsea fans have nothing to worry about in the transfer market