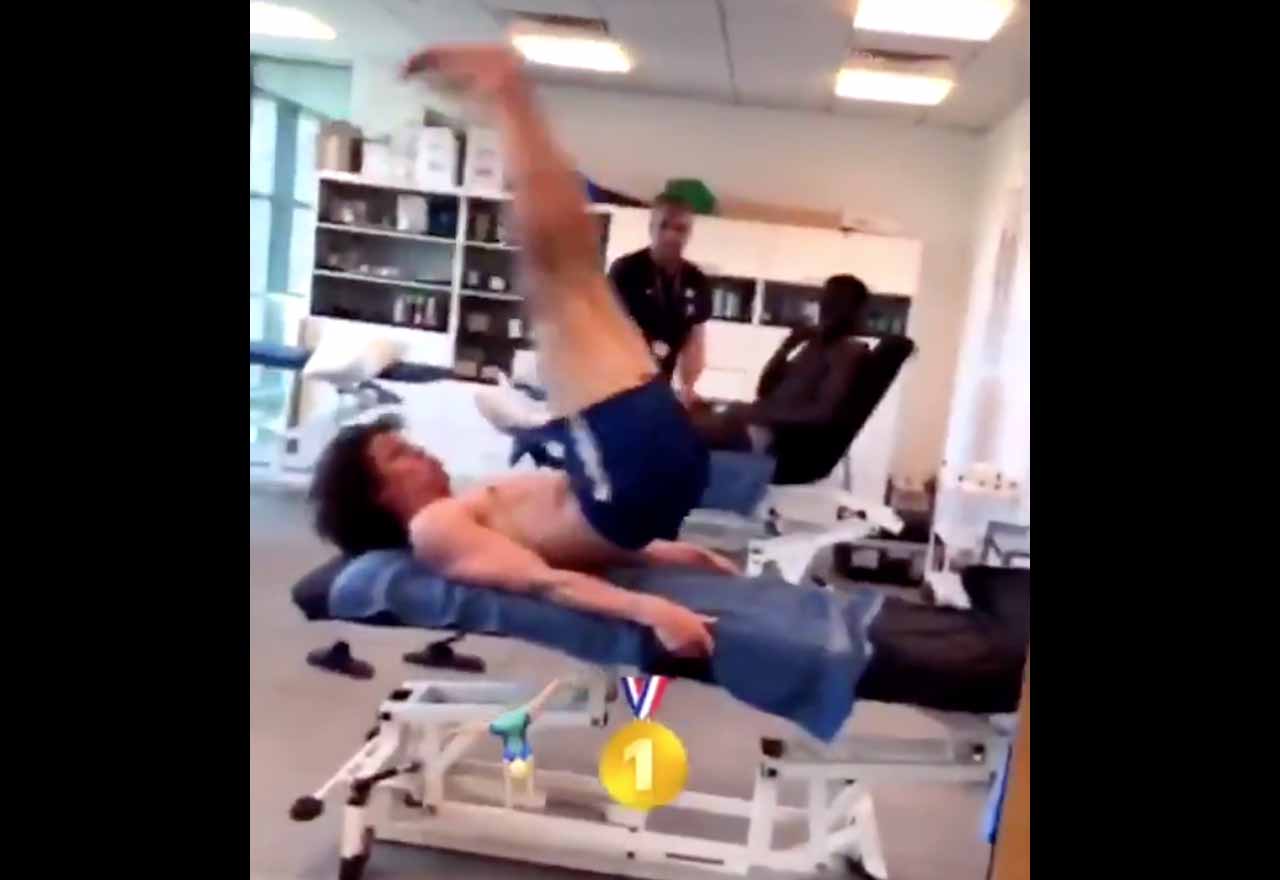 There were rumours of a rift emerging between him and manager Antonio Conte earlier in the season, with the Brazilian spending large parts of this current campaign on the sidelines.

The official story has been that he has a knee injury, which has been nursed behind the scenes ahead of a eventual comeback. However, this latest video posted on Kylian Hazard’s Instagram story suggests that may be a load of baloney.

David Luiz looks incredibly mobile as he vaults around the treatment table gymnastics style. If he was ACTUALLY hurt – surely he’d be taking more precautions?