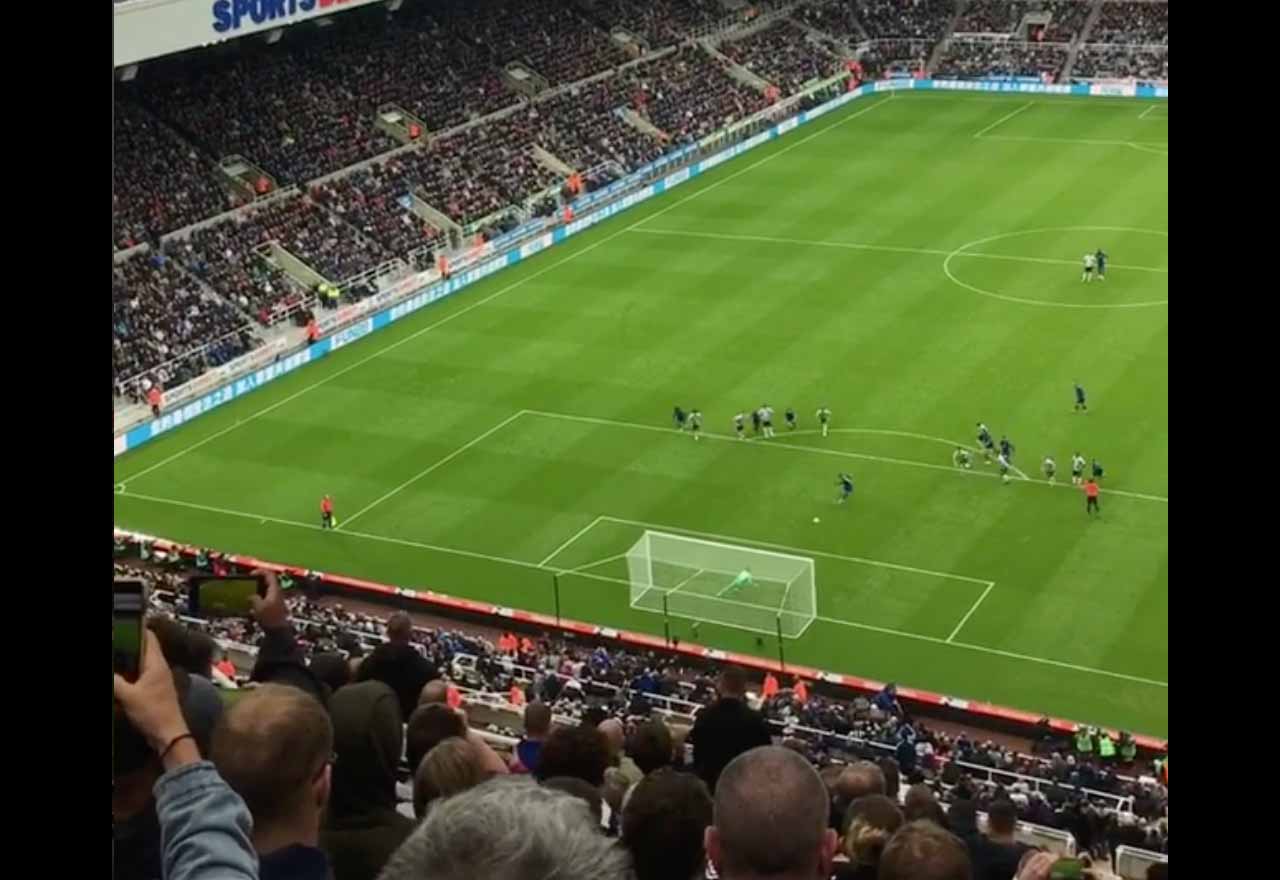 Watching Eden Hazard’s penalty against Newcastle from the stands tells you everything you need to know about what the goal meant to the travelling supporters.

You’ll be well aware of our shocking track record at St. James’ Park. Time and time again Chelsea fans made the lengthy trip from one side of England to the other, only to see Chelsea drop points.

Not this time. Not on Maurizio Sarri’s watch. Not with Eden Hazard on penalty duty. Ultimately, it was DeAndre Yedlin’s own-goal that secured Chelsea all three points, but Hazard’s penalty put and end to 75 minutes worth of frustration for Chelsea fans.

You can see what it meant to the fans in attendance in this clip sent in by @cfcalonso3. Limbs everywhere. LOVE IT!

(Video) N’Golo Kante did THIS against Newcastle at the weekend
(Video) Roman Abramovich located after having U.K visa revoked