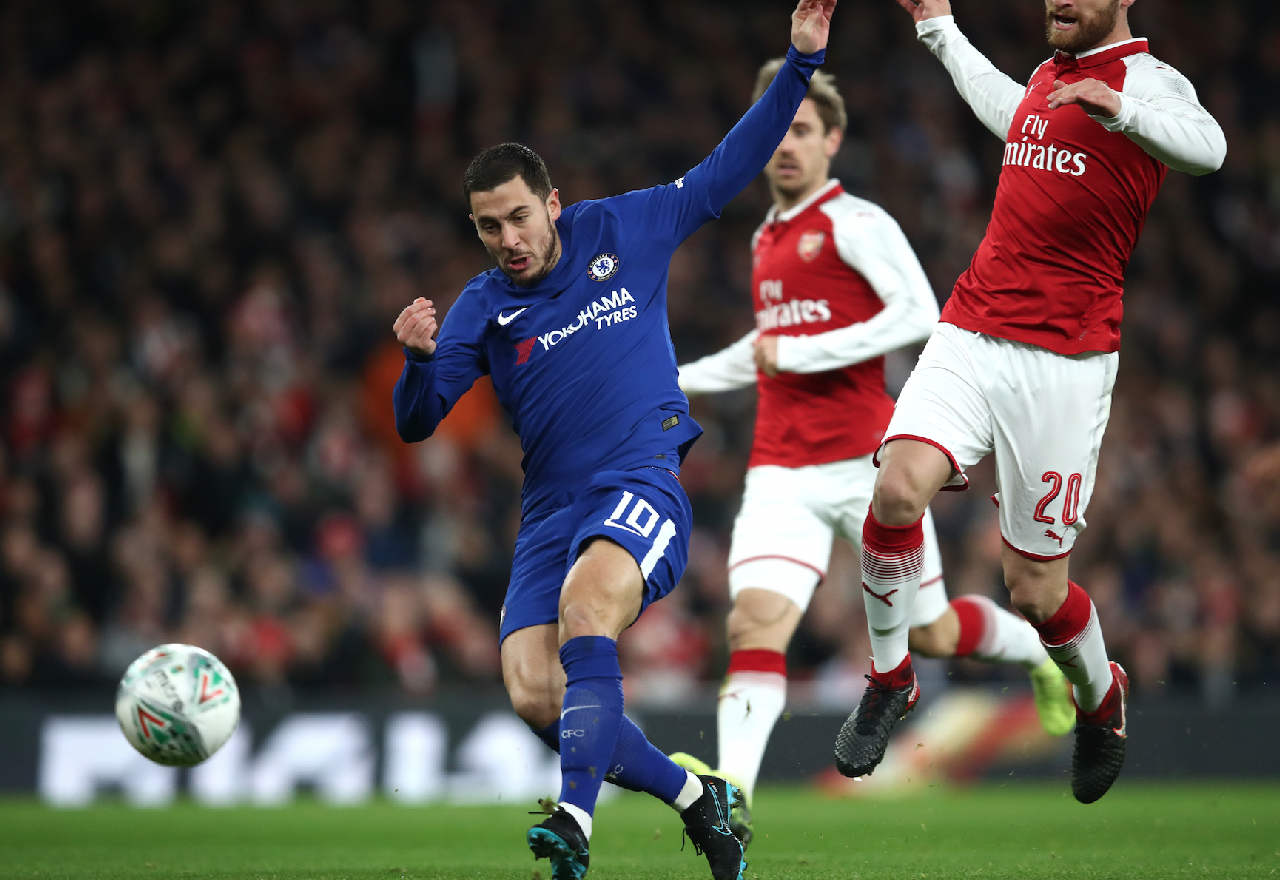 Chelsea have taken the lead over Arsenal in the Carabao Cup semi-final second-leg at the Emirates through Eden Hazard.

The Premier League champions thought that they had made the dream start when Pedro headed in Cesar Azpilicueta’s cross and into the back of the net. However, the goal was ruled off for offside.

This one counts, though. Hazard bagged a brace against Brighton at the weekend, and now he’s scored what could be a very important goal for the Blues.