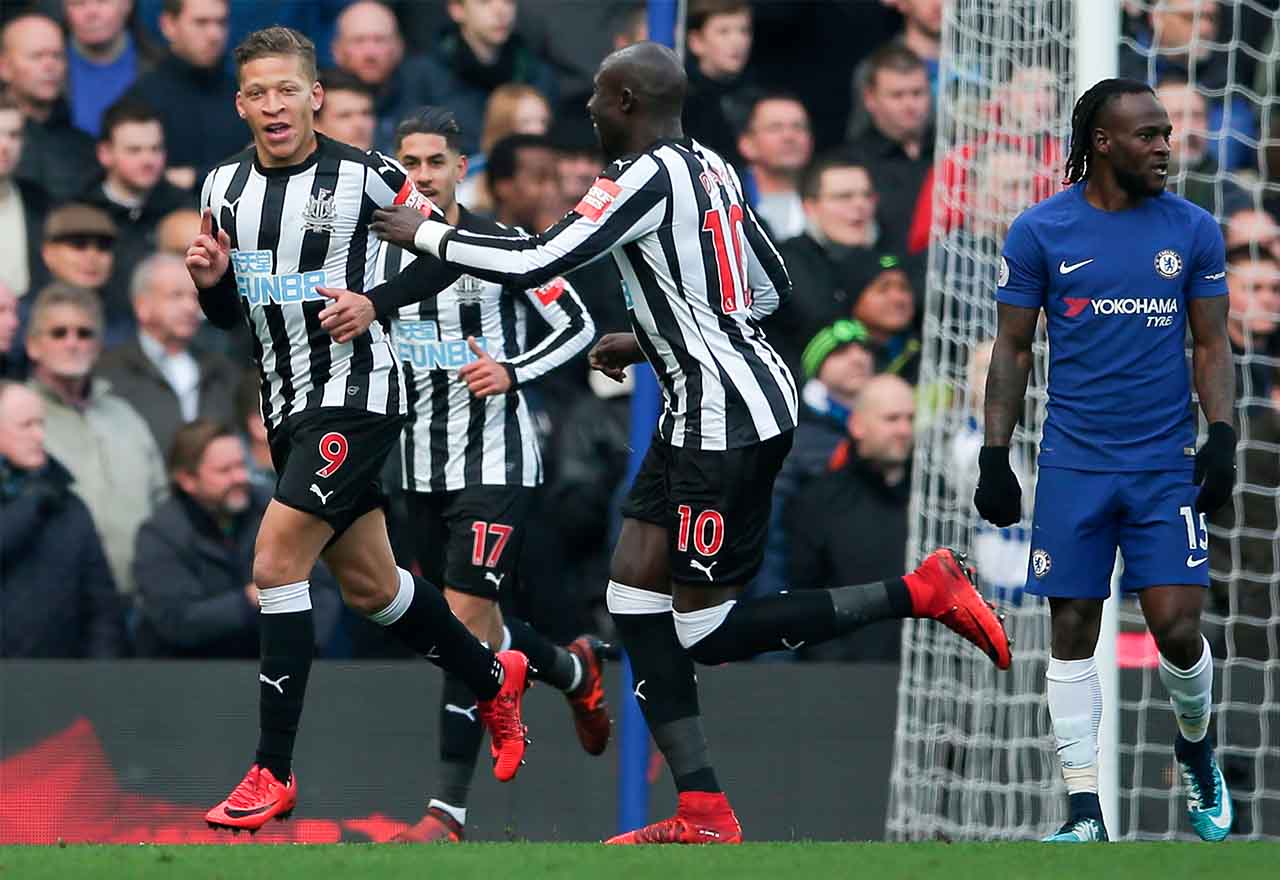 Newcastle took the lead at Stamford Bridge through Dwight Gayle, and what a shambolic goal it was to concede.

Antonio Conte will be furious. Marcos Alonso’s under-hit back-pass left Thibaut Courtois no chance of clearing his lines, and Gayle fired home into the back of the empty net.

The Premier League champions have to win today if they want to have any chance of catching Manchester City and retaining their crown.

We’re not off to a good start…