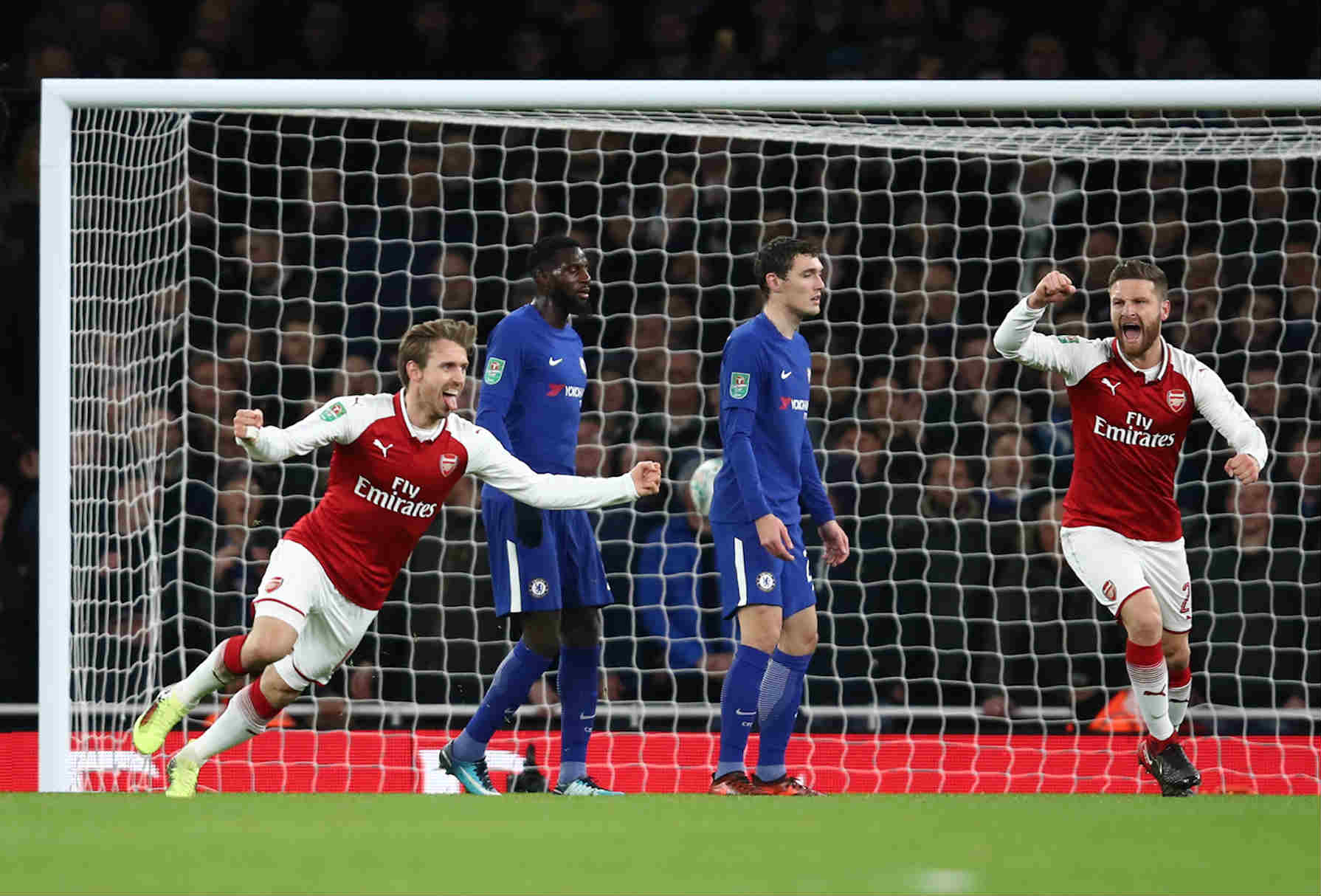 Arsenal drew level with Chelsea at the Emirates in the Carabao Cup semi-final through what appears to be an own-goal from Antonio Rudiger.

Eden Hazard continued his electric form by giving the Premier League champions the lead after six minutes. However, the Blues were unable to hold their lead for any significant amount of time.

Nacho Monreal headed towards goal and his effort deflected off Marcos Alonso, onto the head of Antonio Rudiger, and into the back of Willy Caballero’s net. How unlucky!