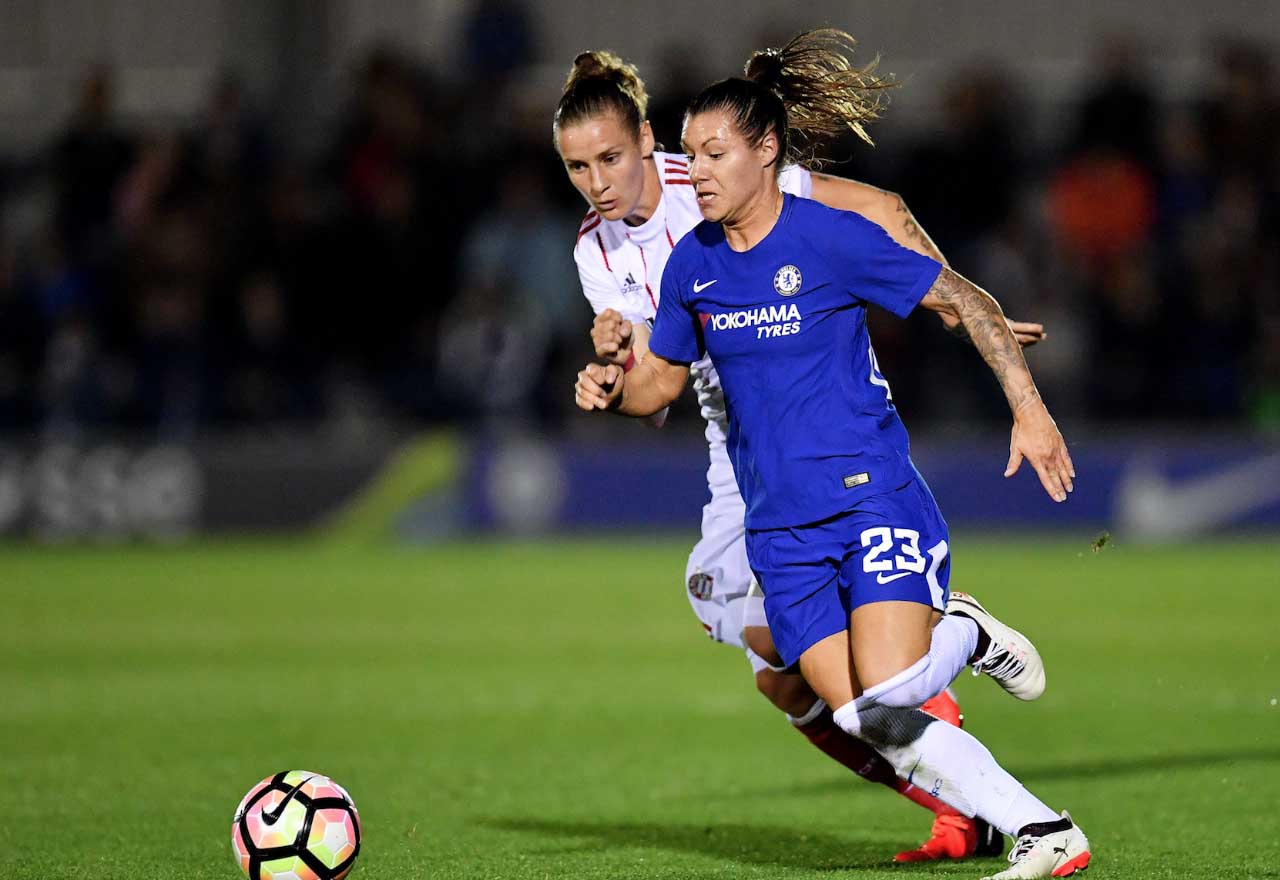 Chelsea Ladies have drawn Swedish team Rosengard in the Last 16 of the Women’s Champions League.

This comes after the side managed by Emma Hayes beat Bayern Munich 2-2 on away goals. Drew Spence’s goal in the opening 10 minutes in the first leg gave us a narrow lead going into the second leg in Munich. Fran Kirby’s scintillating strike was the crucial tie-winning goal despite Bayern fighting back from 2-0 down.

The mens side are in action in the Champions League this week as they host AS Roma. If you can correctly predict the first goalscorer in the game, you could be in with a chance of winning £300K! Click here to play Hotshot Jackpot completely FREE!

The Blues haven’t reached the quarter-finals of the tournament. In the round of 32 stages, we’ll be the home team for the first leg, playing away in the second leg.

This gives our opponents a slight advantage going into this round.

Hopefully the Ladies team can make history in Sweden and better yet go all the way in this exciting competition.