This series imagines a world where Roman Abramovich decided he wanted Chelsea to only use youth players, and players who were produced by the academy. You can read the first part here. The second part here. The third part here.

Despite disappointing results in the Champions League group stage, there’s hope that Chelsea can pick up some wins in the Europa, especially after St Etienne are brushed aside so easily. But in the next round, a dangerous Lazio team score twice late on at Stadio Olimpico in the first leg to punish a naive Blues side 4-1.

The kids do rally enough to earn a heartening but insufficient 1-0 home win in the second leg to sign off a solid European campaign (given the circumstances).

The FA Cup sees more success however. Arsenal are brushed aside, and then Everton are beaten in the quarter final, setting up a tasty semi final against Liverpool. This cup run is keeping the board happy enough, for the moment.

Tammy Abraham picks up his first serious injury of the season at the start of April, but Dom Solanke steps up in his absence to score twice against Tottenham. That win puts the team up into the top 4 for the first time all season. It must is a glorious moment for Solanke, so many years after almost making his first breakthrough at the club, to get a start and thrash in two against our big rivals in such an important game. The new youth candidates are assessed, a time of year which is exciting for every manager, let alone one who is going to have to exclusively rely on these prospects in a few years.

While Barbadian “Omani Primus” has the greatest name of any footballer to have played the game, in terms of ability the standout from the group is a young Armenian-English striker with some very unique stats. If his finishing improves – which it should, given his good technique, he could be a real threat as a deep-lying striker (think Eidur Gudjohnsen). Unfortunately there are no goalies in this batch of youth players, so our scouts are sent forth to take a look at every other 15 year old in Europe to see if there’s anyone better out there.

Despite Solanke’s bright start to April, Tammy’s injury begins to hurt us as the spring goes on, and Chelsea end the season with 4 defeats and 1 win in their last 5 Premier League games, spluttering to a 6th place finish as Wolves and Man U grab the remaining Champions League spots.

In the midst of those results, our FA cup semi against Liverpool looks a tall order. They’re to of the league and firing on all cylinders. They’re outclassed us twice in the league at this point, and nobody is hopeful.

Solanke has been filling in for Abraham, but he’s cup tied for this match. Our lack of depth up front hurts us here, and we’re forced to play Jeremy Boga as a 9.

4 minutes into the match at a packed Wembley and Callum Hudson-Odoi tears down the left. He pulls a perfect cross back to the near post, picking out Boga’s run perfectly to allow the out of position winger to ping a header home in front of the Chelsea fans.

In the second half, the unstoppable Hudson-Odoi adds his own from close range. The Blues lose two players to injury in the second half, and end up on the receiving end of 14 shots on target to their 2, but they hold strong to beat the Redmen and advance to the final. The cup excitement doesn’t change the team’s league form however, and their 3-1 defeat on the final day at Sheffield United puts the manager’s position under serious threat. His job is on the line in the biggest game of the season. All eyes turn to the final, against an impressive Man United team.

Ryan Bertrand and Nathan Ake are also suffering from cup-tied-ness, so Ian Maatsen, who performed so admirably for a 17 year old holding down a first team spot for 6 months to start the season, and Fikayo Tomori start, meaning that the original back four from August to January play together again in this defining game.

They perform superbly in a cracking game against Manchester United, shutting down the incredibly potent pace of Anthony Martial and Marcus Rashford, plus the creative threat of both Paul Pogba and Bruno Fernandes, both of whom have been imperious all season. Ruben Loftus-Cheek, who has warmed up steadily since his return from injury in January, is brilliant in central midfield, losing Fred time and time again to turn the good work of the defenders into possession further forward.

This is perhaps United’s big mistake. When Bruno Fernandes or the front 3 lost the ball, it’s often just Pogba and Fred between Chelsea and the back four. When Pogba pushes forwards too, as he does increasingly as the game goes on, the defence is exposed.

Tammy Abraham is titanic up front for the umpteenth time this season, winning every ball and battle, running himself into the ground for the team. It’s a performance reminiscent of Didier Drogba’s in the 2007 final.

His goal, after 55 minutes, exemplifies his game. A clever run at the right moment, the use of his body to shield the ball from both Harry Maguire and Victor Lindelof as they both commit to try and win it, then the driven finish across De Gea to win the cup for Chelsea. The team, every last one of them a graduate of the Cobham academy, celebrate at the corner flag in front of their fans. Several tiers above, Roman Abramovich smiles as he sees his extreme new project produce an early success.

The team have had seasons in the Europa League before, they can handle one more. The amount he’s saving in wages is single-handedly making the club profitable in itself. Even the two apology payouts in a month the club had to make to the fans back in the autumn are starting to look like good value.

The manager gets another year.

You can read the fifth part here. 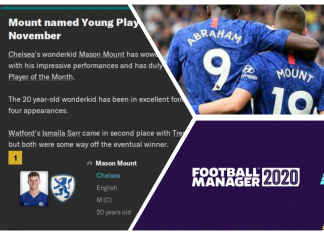 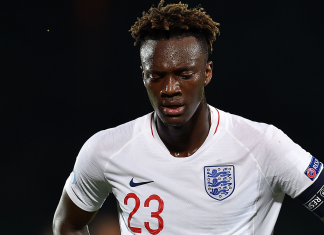 One To Watch Series Two – Ian Maatsen, the second coming...