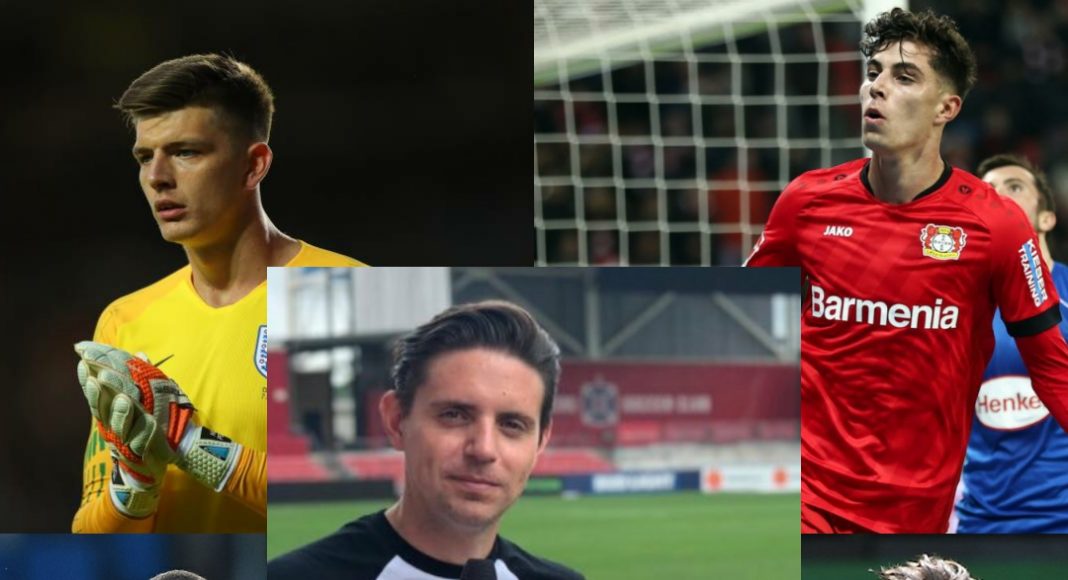 It looks like it could be a pretty busy summer at Chelsea this year.

In fact, after the announcement that the transfer window will be running for ten weeks this summer into October, it might actually end up being a busy Autumn as well.

Having already signed Hakim Ziyech and Timo Wernrer, Chelsea are looking to further add reinforcements across the whole squad.

There is talk of a potential new goalkeeper, left back, centre back, and another attacking midfielder or two.

There will also be players leaving to make way for the new Stamford Bridge arrivals.

With all this potential activity going on, we sat down with Bleacher Report’s transfer reporter Dean Jones to find out the very latest on any potential Chelsea deals.

Jones has established himself as a reliable source of transfer news over the last couple of years, so we also delved into his writing history and how he went about finding his reliable sources.

Talk Chelsea – Hi Dean, thanks a lot for joining us at Talk Chelsea today. Is it fair to say that Chelsea and Manchester City will be the busiest clubs in the transfer market this summer?

Dean Jones – They’ll both do some high profile business, but so will Man City… and Liverpool might too. There is still a market for the big players. Everton and Newcastle also have potential for a big summer.

TC – With a longer window just announced (10 weeks), do you think we will see some of Chelsea’s linked targets change at all with longer to look around?

DJ – I don’t think Chelsea are a club that are likely to make knee jerk signings. They know the positions they want filled, and are focused on that. If you suddenly hear they are signing a player that they were not previously linked to, it’ll probably just be that they guarded the information well!

TC – Who do you believe to be Chelsea’s main targets currently and who is their priority?

DJ – They want a centre back and left back as priority. There’s potential to sign a central midfielder if Kante or Jorginho leave. And then there is the need for another forward as well. I think a Koulibaly or Skriniar type signing at the back is possible.

Ben Chilwell is definitely a deal they have looked at, but Leicester’s asking price is too high at the moment. Havertz is a very interesting one because there is currently no competition to sign him, which is crazy. He is so good. That would be an unbelievable signing.

TC – Can you see Kepa Arrizabalaga being sold or loaned out by Chelsea this summer? If yes, who replaces him?

DJ – I think they will struggle to find a new home for him. That’s the biggest issue. Chelsea have been considering the idea of a new keeper since the turn of the year and Nick Pope and Andre Onana are interesting targets that they have definitely looked into. It’s a tough one though.

TC – A lot of Chelsea fans believe the club should focus on a new centre back, is there anyone who you might have heard about that Chelsea would like for that position, and who would be sold/loaned to make room?

DJ – They are not alone in this problem – Liverpool, Man City, Man United all need a new, good centre back too! I’m told Chelsea just want someone to come in and show some authority and bring more confidence to those around them. I’m not sure which defenders will end up leaving – to be honest there are only a couple that are definitely safe.

TC – Obviously I have to ask you about the rumour of the moment, Kai Havertz. You have just spoken with Christian Falk from BILD on a podcast, where are Chelsea with this deal at the moment? Is he interested in joining them, and will Champions League football effect a possible Chelsea move?

DJ – He is interested, very interested actually. He really wants to push himself and Leverkusen are pretty surprised at how focused he is on finding a new club. He definitely wants Champions League football though so we will have to wait on that situation to be decided before knowing much more. If he joins then I’m not sure what the future holds for Hudson-Odoi at Chelsea.

TC – Who do you think Chelsea will sell this summer?

DJ – It’s hard to say because selling players is not as easy as it once was. They’ll definitely selll Emerson, and maybe Alonso. Batshuayi will go. Beyond that there are just loads of ifs and buts.

TC – How did you get into Journalism and make it to where you are today?

DJ – Work experience aged 15 with a London sports news agency – they liked me and, incredibly, started sending me out to games very quickly. I had my first byline in a national paper aged 16, which is pretty mad. I studied journalism and got a job at Hayters when I left. From there I worked at The Sportsman newspaper, then left to join another agency called Wardles. That’s where I really started to make more contacts and became focused on the transfer side of football.

I got a job at the Sunday People when I was about 27 and loved the buzz of chasing stories and trying to get onto the back page – though it took time to get stories that were good enough! I joined Bleacher Report almost five years ago. It felt like a risk at the time because they were not really established in the football market but it’s been great working here and we’ve definitely now found a space within the sport.

TC – How do you find good sources of transfer news? Is it through players agents or other lines of enquiry?

DJ – It takes years because you don’t know who you can trust. Agents are particularly tricky to get to know in that sense. A lot of the stories I get initially come from people who work within clubs or as intermediaries or scouts. From there i take the basis of a story and start to check it out with other contacts to see what’s true.

It’s nerve racking because you have to have so much trust in people giving you correct information – and of course sometimes I put out a story that doesn’t happen. But I’m confident now in the people I turn to so there will always be a reason I report the stories in the way I do.

Thank you for your time Dean, it was a pleasure!

We also asked Dean about the Willian situation and Said Benrahma potentially coming in as a replacement, but he doesn’t have any information on this particular rumour either way.

Please Chelsea board get new center back, both side defense and kante replacement

Previous articleAs Rodgers rules out Chilwell move, here are 4 alternatives Chelsea could move for
Next articleChelsea could turn to England international to rival Kepa Arrizabalaga