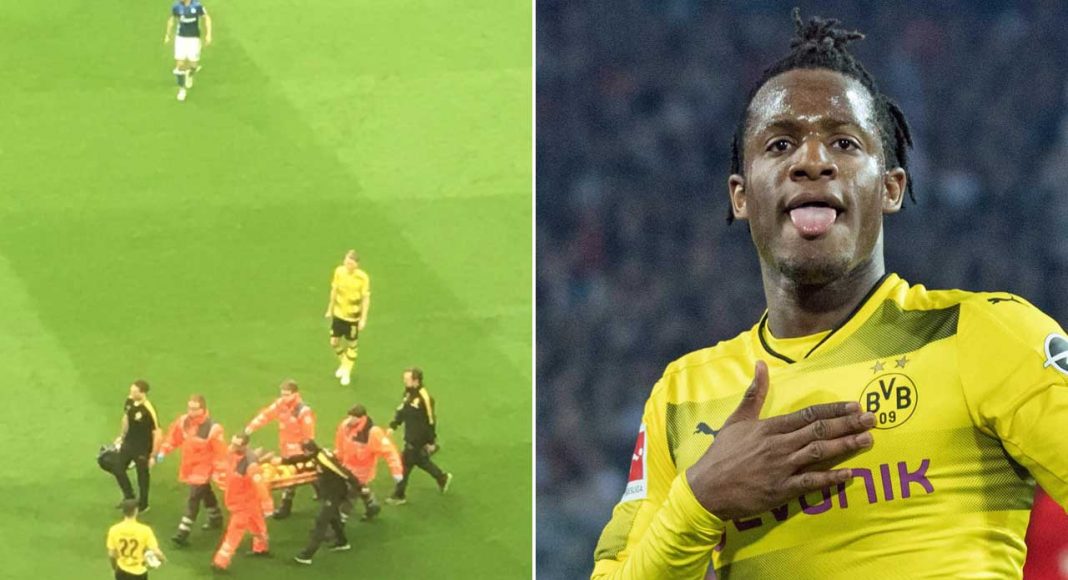 It’s been a tough season for Chelsea loanee Michy Batshuayi, despite his form improving since joining Borussia Dortmund in January.

The Belgian featured sporadically under Antonio Conte at the beginning of the season. His significance to the team (or lack there of) fast became evident as he was loaned out to Germany to accommodate the arrival of Olivier Giroud

While Batshuayi has been Dortmund’s talisman in recent months, scoring nine goals for the German side, the 24-year-old’s campaign has now hit a major bump in the road.

With Dortmund heading for a 2-0 defeat in the Revierderby against Schalke on Sunday, Batshuayi received a challenge from former Tottenham man Benjamin Stambouli, forcing the centre-forward to be stretchered off the field with an ankle injury.

With Batshuayi hoping to be part of Roberto Martinez’s plans for his country at the World Cup this summer, this is terrible news for the charismatic player. Hopefully, the injury doesn’t look as serious as it was and the Batsman can return before the end of this campaign.

Previous articleOpinion: New director of football just as important as replacing Antonio Conte
Next articleTRANSFERS: Chelsea and Real Madrid set for summer scrap over superstar, PSG also in the running