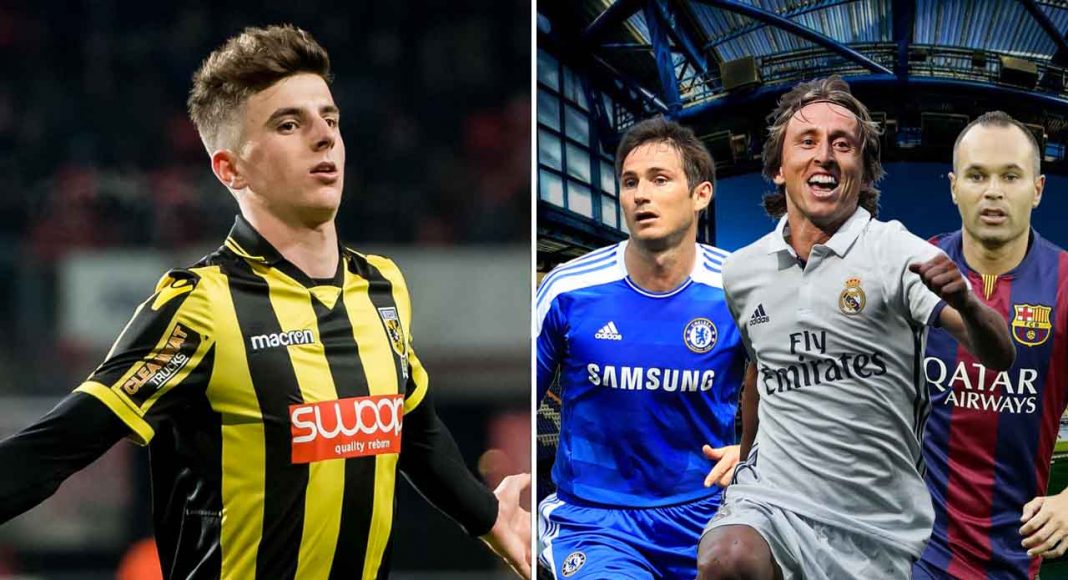 Chelsea youngster Mason Mount has revealed the three players that he is looking to emulate during an interview with Goal.

Mount may be just 19-years-old, but his transition into the professional game has been seemingly effortless.

Mount was shipped out on-loan to Vitesse in the summer. He’s been provided with an opportunity to show us what he can do, and he’s taken full advantage.

In 1719 minutes of Eredivisie football this term, Mount has found the back of the net on seven occasions. He’s also provided three assists for his teammates.

Mount was also named 2017/18 Eredivisie Talent of the month for January, which was testament to his superb performances for Vitesse.

He has the potential to be the next academy product to force his way into the Chelsea first-team. To do so he’ll have to continue developing into the player he is destined to be.

When quizzed by Goal about the players that he idolises, Mount first identified Chelsea legend Frank Lampard:

“When I was growing up and playing for Chelsea, Frank Lampard is someone that I would always watch. He is a goalscoring midfielder.”

“I was watching his games, his goals and how he arrives into the box. He is always in the right position, so that’s something I try to look at and emulate.”

As well as Chelsea’s all-time top goal-scorer, Mount also picked out two of the current best midfielders in the world whose footsteps he’s hoping to follow. He’s quoted by Goal saying:

“Also Luka Modric and Andres Iniesta; I think they are definitely top, top players. I always try to watch their games and take little bits from them.”

If Mount becomes half as good a player as the aforementioned trio – we’re in for a treat!

The natural next step for the England U19 international is a loan move to a Premier League side. Both Ruben Loftus-Cheek and Tammy Abraham have been getting invaluable top-tier experience under their belts this term. We ought to ensure Mount gets the same.

Does Mount have the potential to be a Chelsea player in the future? Let us know in the comments.