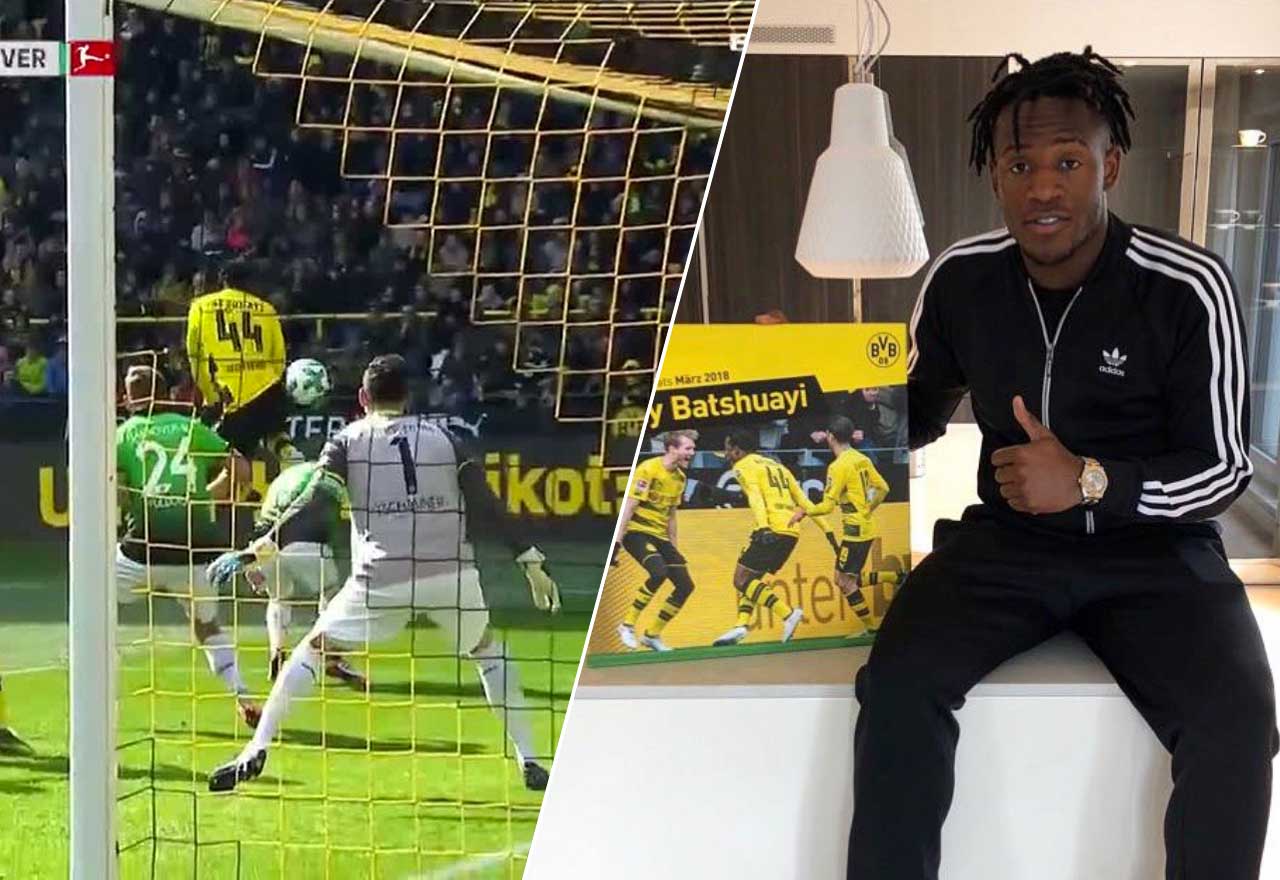 Chelsea loanee Michy Batshuayi has posed with the Bundesliga goal of the month award for March.

The Belgian found the back of the net with an outrageous back-heel during Dortmund’s victory over Hannover midway through last month. It was the only goal of the game, sealing his temporary employers all three points.

You can see the goal below, with the footage being shared on Twitter by BT Sport. Former Chelsea winger Andre Schurrle delivered the ball from a corner-kick. Batshuayi improvised and beat the goalkeeper in emphatic fashion.

Matches made in heaven:

🍞 Beans and toast
🐟 Fish and chips
🦇 Batshuayi and Dortmund

He’s scored again and this might be his most outrageous goal yet 😨 pic.twitter.com/4iDFDOkcVp

The goal was adjudged to be the best in the Bundesliga during the month of March, and Batshuayi subsequently picked up the award, as he revealed on Twitter.

Goal of the month 🦇💛 Proud thanks to all the fans 💪🏾 @bvb09 pic.twitter.com/Glq4L2xbLV

Michy has scored nine goals in just 13 appearances for Dortmund. He’s showing Chelsea what they’re missing, and it must be hard for Antonio Conte to stomach.

Whether we plan to reintegrate him into the squad next term, or cash-in for an astronomical amount in the summer window, his electric form at the Westfalenstadion is great news from a Chelsea perspective.