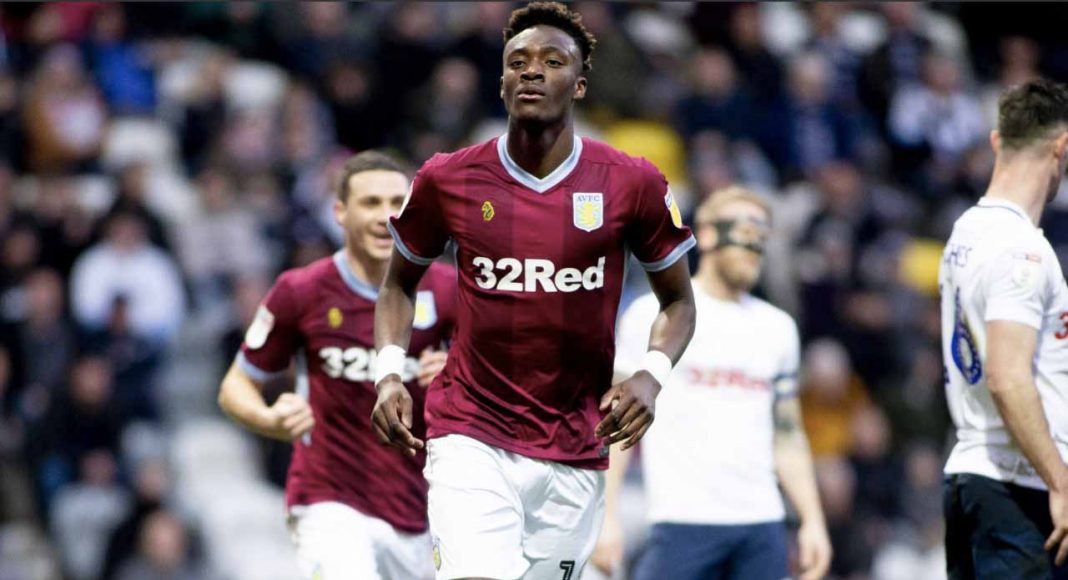 Chelsea loanee Tammy Abraham scored his latest of a flurry of goals as Aston Villa drew away from home against Preston North End. He’s on fire at the moment!

Abraham’s quality has never been in doubt, even if he did look a tad raw during Chelsea pre-season. He may not yet be Chelsea quality, but he’s a cut above the Championship, as he is proving during his stint at Villa Park.

The Englishman found the back of the net for the 10th time in his last nine appearances with a smart header against Preston today. Make sure you’ve got your glasses on in order to see this one.

Only one player has scored more Championship goals this season than Abraham, and that’s Neal Maupay, whose performances have drawn much adulation this season.

Perhaps football fans are less inclined to praise Abraham as he’s Chelsea produce, but make no mistake, he’s as talented as any player playing in England’s second division right now, and he’s finally ready for the step-up to the Premier League.