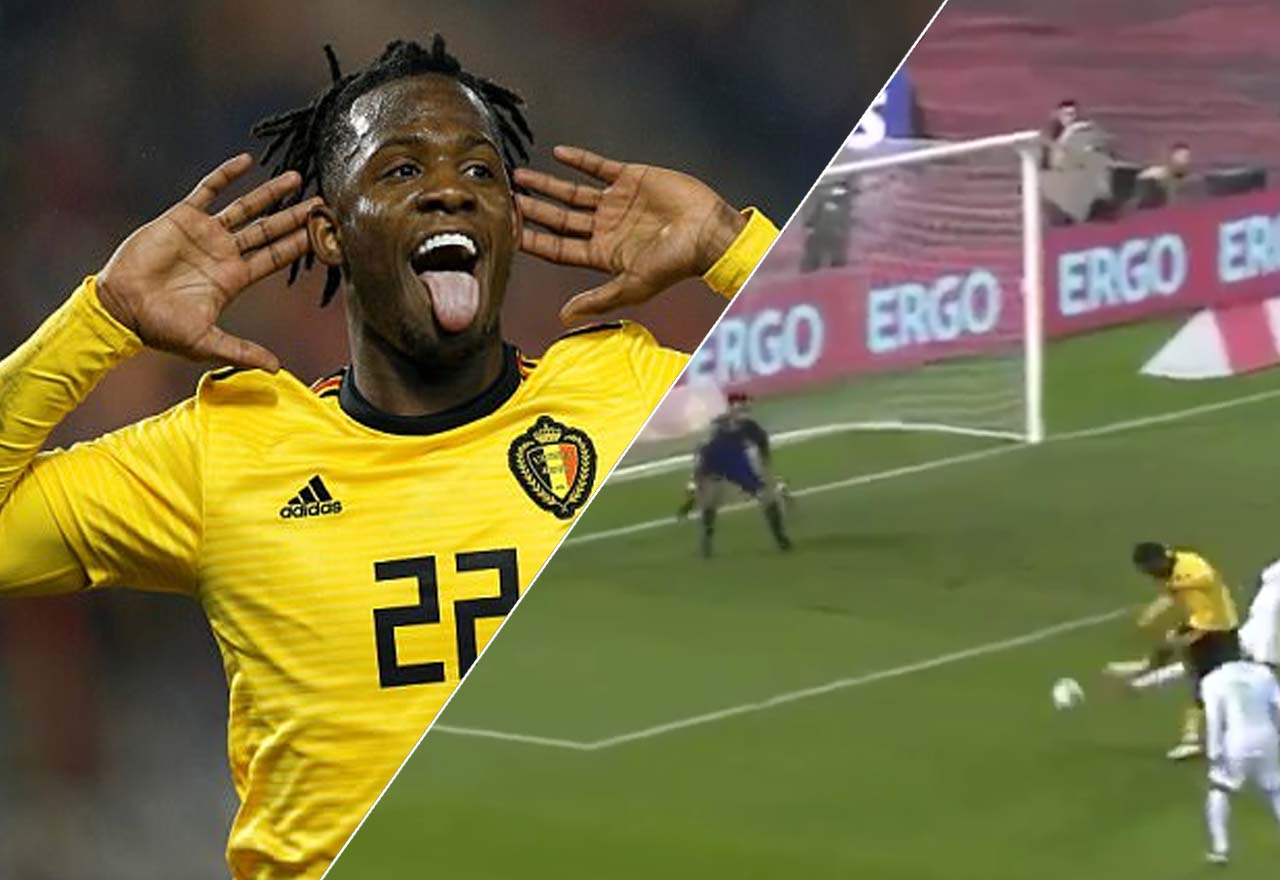 Michy Batshuayi has proven that he is able to replicate his superb club performances on the international stage after netting for Belgium against Saudi Arabia on Tuesday night.

Batshuayi has been provided with a platform to showcase his talent since joining Borussia Dortmund on loan in the January transfer window. He’s taken full advantage of it thus far, having found the back of the net eight times in 11 appearances for the Bundesliga outfit. The 24-year-old was called up by Roberto Martinez to feature for his country in two pre-World Cup friendlies – and Batshuayi staked his claim for a starting spot in Russia.

Batshuayi spun the Saudi Arabian defender before keeping his cool and beating the goalkeeper.

If he continues this good form, Antonio Conte will HAVE to take notice!

Alvaro Morata, despite his goal against Leicester City in the FA Cup, is underperforming. As of next season, Batshuayi should be given a chance to battle with the Spaniard for minutes in SW6.