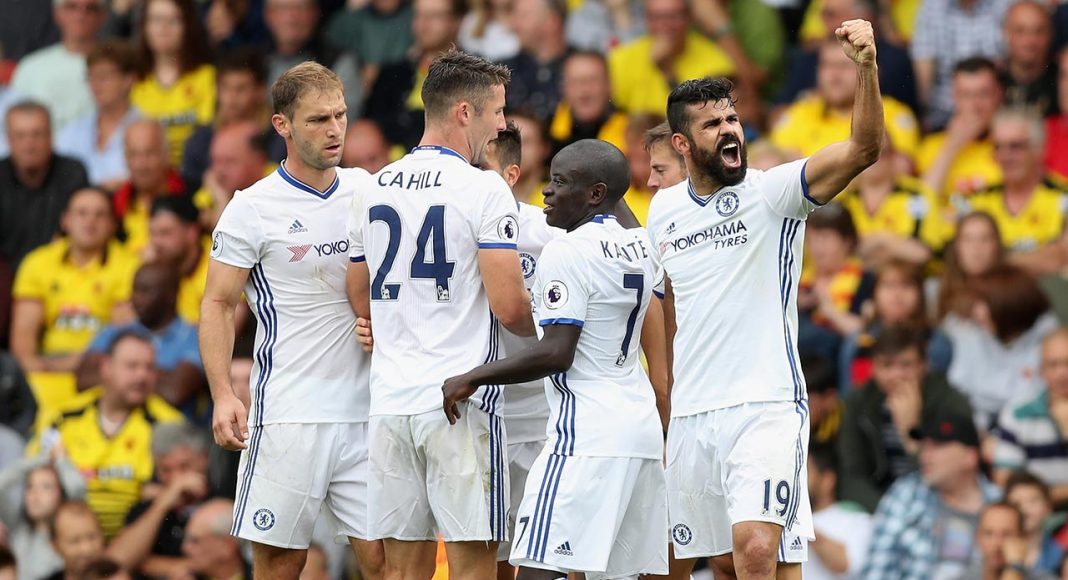 Chelsea will host Burnley at Stamford Bridge in the Premier League on Saturday, as the Blues look to extend their wining run to four.

Chelsea are hoping to extend their winning start to the Premier League season when they host newcomers Burnley at Stamford Bridge on Saturday at 3pm.

The Blues, looking to make amends for their weak title defence last term, are currently fourth in the table courtesy of back-to-back 2-1 victories over West Ham and Watford.

Burnley, whose primary focus will be to avoid relegation, picked up an important three points against Liverpool last week after losing their season opener 1-0 to Swansea City at home.

Chelsea midfielder Willian is back in training after a calf injury and will be handed a fitness check ahead of the clash with Burnley.

Defender Kurt Zouma remains sidelined with a knee problem while boss Antonio Conte also has another injury worry, but he would not name the player concerned.

Thibaut Courtois, John Terry, Oscar, Eden Hazard and Diego Costa should return to the starting line-up after dropping out for the midweek EFL Cup win over Bristol Rovers.

Burnley look set to revert back to the line-up Sean Dyche selected against Liverpool when they visit Chelsea in the Premier League.

A Clarets side featuring 10 changes lost to Accrington in the EFL Cup in midweek and captain Tom Heaton, record signing Steven Defour and striker Andre Gray will be among those coming back in.

Forward Ashley Barnes (hamstring) will return after the international break while Liverpool loanee Jon Flanagan is not ready to play a full game so soon after completing 120 minutes on Wednesday night.

Its going to be a terrible match at Stamford Bridge… Lets wait for it!!!