This match will bring to the end a three game win streak for either team. If Chelsea wins, it will see them leap frog the visitors in the table to go one point above them, continuing their climb towards European football.

The second half performance of the Chelsea players was worrying. With a 2-goal advantage by the end of the first 45 minutes, it seemed Chelsea had walked to victory, but their team moved down a few gears and soon found themselves being outplayed by a very good Norwich side, who scored in the 68th minute, resulting in many Chelsea fan’s blood pressure to rise. This showed something that the team had been lacking and something that Chelsea teams over the years had in abundance, the ability to win while not playing well. This is a trait that all great football teams must have, it is not something I wish for the team every week, but gives me hope for the remainder of the season.

Hiddink will have one eye on the midweek match against PSG and so will possible try to rest a few players, this will hopefully see the inclusion of Tuesday’s goal scorer Kennedy, Traore, who played brilliantly and Loftus-Cheek who recently signed a new contract. Kennedy’s inclusion into the match will be an interesting one, he replaced Baba on the starting line up against Norwich due to his brilliant 2nd half display against Southampton after a Baba mistake led to Long taking the lead just before the half. Hiddink will know that not including Baba could result in the Ghanaian having some confidence issues, with a defence minded approach likely in the Champions League, as a 1-0 victory would see them through, I expect that Baba will start ahead of Kenedy in that game. So who would you pick the goal scorer Kennedy or Baba Rahman, comment below and let us know.

Chelsea: Kurt Zouma (Knee) is not expected to return this season. John Terry (Hamstring) and Pedro (Hamstring) are both expected to miss Saturday’s game against Stoke, but the captain could return midweek. Kenedy was forced off early against Norwich, but is likely to be available for selection. ‘Positive’ news for Chelsea fans is that Falcao has been cleared to return to training.

Stoke: Stoke are also missing several players for selection. Shawcross (Back) and Adams (Calf muscle strain) are expected to be back next weekend. Bardsley (Calf) and Johnson (Knee) are expected to follow the week after. Where Wilson ( MCL Knee Ligament Injury) is out till the end of April. 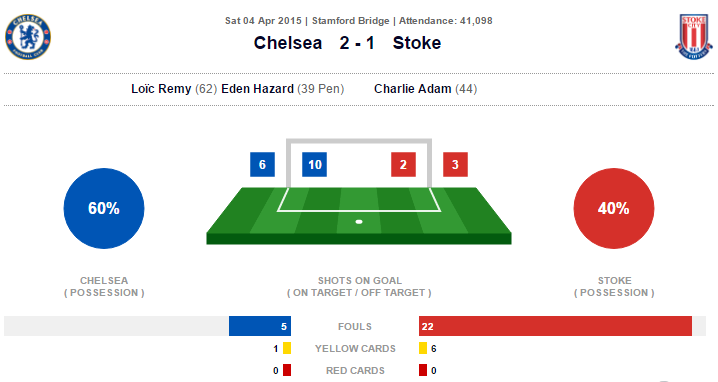 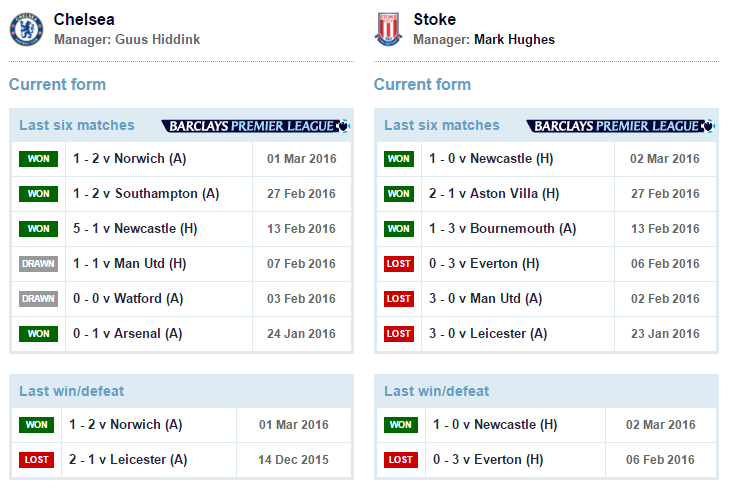 Previous articleConte set to sign, and bring every Serie A player along
Next articleMusonda Watch: First ever assist and a great performance