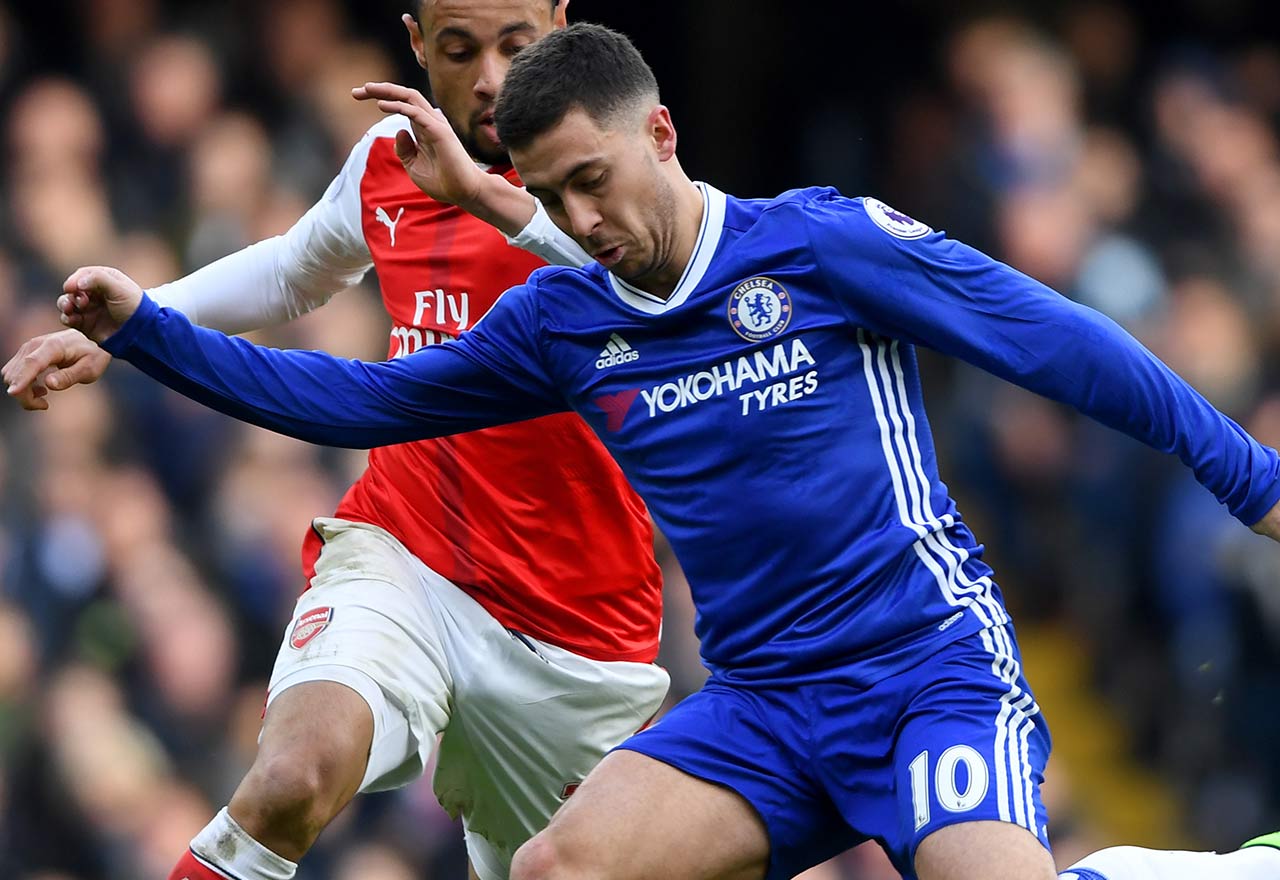 Eden Hazard scored an incredible solo-goal and Cesc Fàbregas got on the score sheet, as Chelsea comfortably beat Arsenal 3-1 at Stamford Bridge.

Antonio Conte’s side avenged their loss from earlier in the season at the Emirates Stadium, as Chelsea put themselves 12 points clear at the top of the table.

Chelsea opened the scoring in the 13th minute when Marcos Alonso leapt above Arsenal’s Hector Bellerín to head in Diego Costa’s rebounded effort, although the Spaniard looked to have elbowed Bellerín in doing so. Following the clash, Arsenal were forced to substitute their right-back due to concussion.

Gabriel Paulista, who was brought on for Bellerín, almost brought the teams level shortly after the opening goal, as he sent a headed effort at Thibaut Courtois.

The Brazilian climbed above the bodies in the penalty area to head the ball, but only sent it straight at the Chelsea goalkeeper, who pushed it over the crossbar.

However, despite not being on the front foot, seven minutes after the half-time break Eden Hazard doubled Chelsea’s lead.

The Belgian took the ball down from Costa’s headed flick-on and turned three Arsenal players inside out with a mesmerising run that culminated with him dinking the ball over a sprawling Petr Čech.

Chelsea added a third late on to seal the points once and for all, when Cesc Fàbregas punished a mistake from Čech.

The former Chelsea goalkeeper left his goal and gifted the former Arsenal man an opportunity, as he sent a misplaced clearance to the feet of Fàbregas, who promptly lobbed the ball into the open net.

Arsenal did manage to find a consolation goal before full-time, though, when Olivier Giroud headed the ball in from close range. The Frenchman came in at the near post to nod the ball past Courtois and give Arsenal fans something to celebrate in a dispiriting loss.