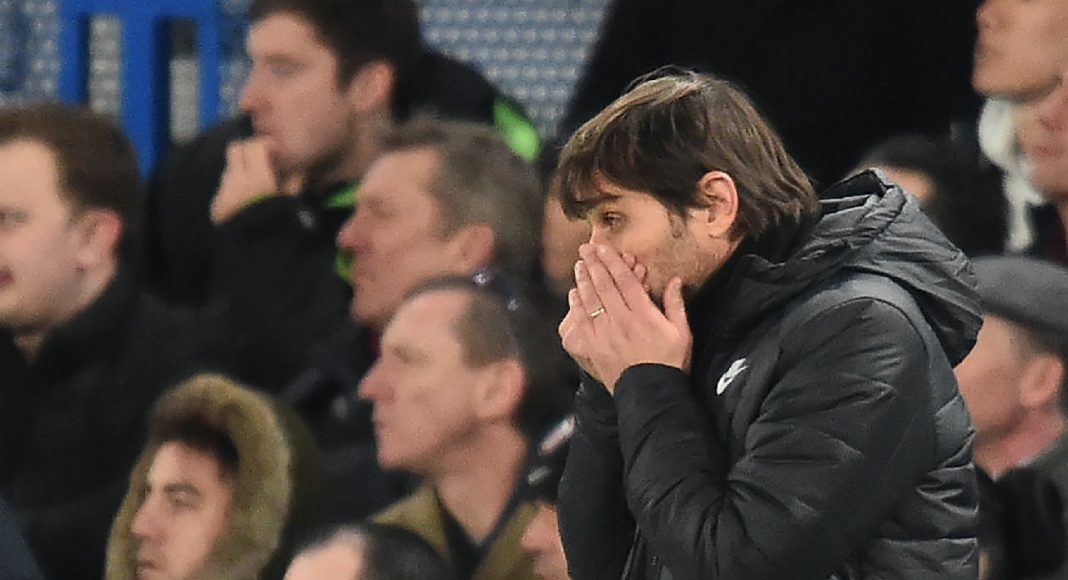 Antonio Conte has made a somewhat desperate request to the Chelsea board following our recent run of poor results.

The Premier League champions were knocked out of the Carabao Cup in the semi-finals after surrendering to Arsenal at the Emirates. We survived in the FA Cup by the skin of our teeth and have a difficult tie with Barcelona coming up in the Champions League. With the title heading to the Etihad, there is a genuine chance that we could finish this season without any silverware.

Especially if we are not able to successfully turn around our awful form. We suffered an embarrassing 3-0 defeat to minnows AFC Bournemouth at Stamford Bridge last Wednesday. It looked as though all the issues that existed in and around the dressing room came to a head, and the performance was, quite frankly, abysmal.

Conte needs to sort this mess out, or it’ll be his head on the chopping block. He appears confident of doing so, but he has made a bizarre request for the Chelsea board to publicly reaffirm their confidence in him.

The Italian is quoted by Sky Sports saying:

“Maybe I’d like that the club to prepare a statement for me to tell [the media], ‘I trust in his job, I trust in his work’. But at the same time I know that in the past it never happened, this, and for this reason why would I hope for something different?”

This reeks of desperation. Chelsea issued a public statement of support for Jose Mourinho in 2015, and he was sacked a few weeks later. Conte must be wondering how he found himself in this situation having won the Premier League title less than a year ago.

its because he is exactly behaving in the same way his predecessor did. Selling and loaning off the young talent that could have rescued him during the slump like this. The young who are geared to make a statement and establish themselves in the game. i like seeing young talent… Read more »