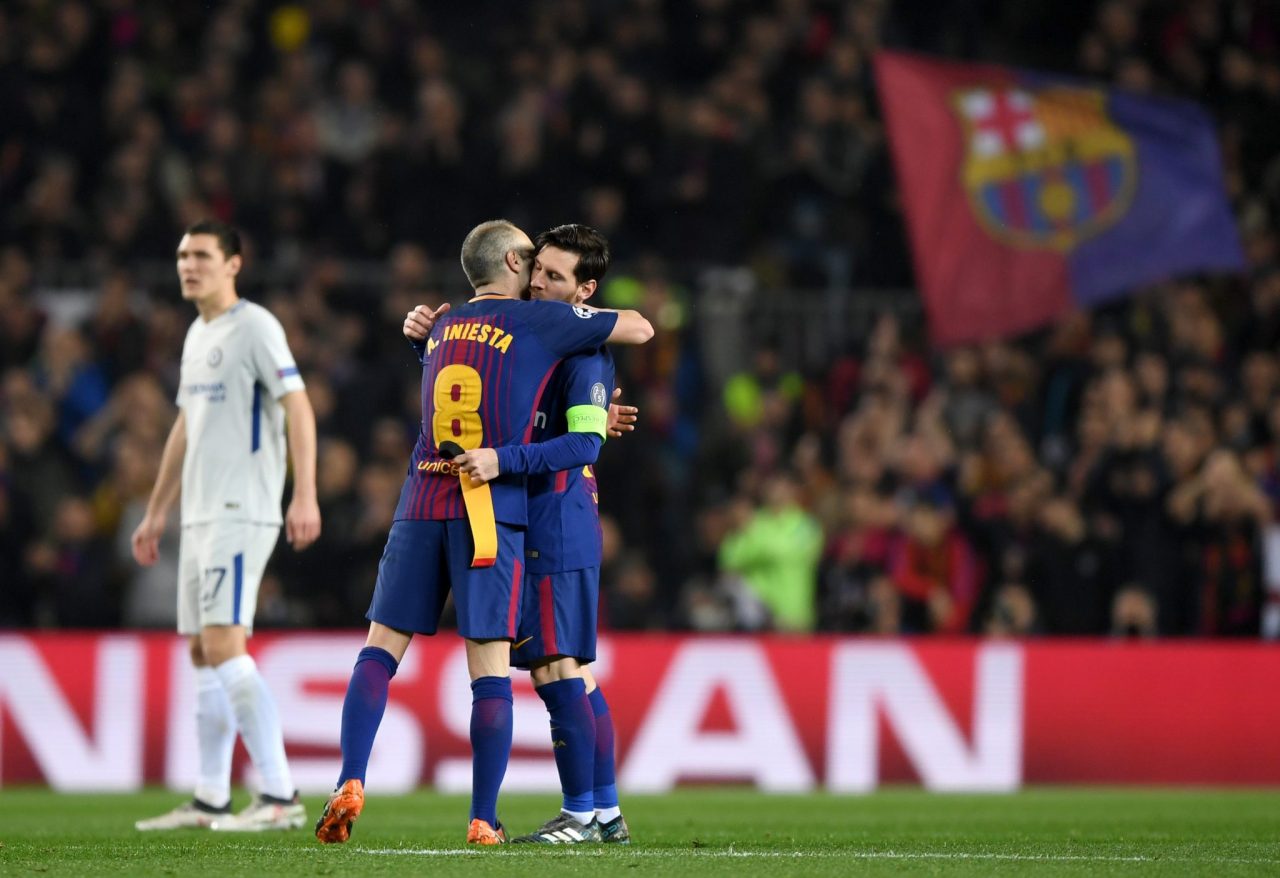 Chelsea have been knocked out of the Champions League after succumbing to a 3-0 (4-1 on aggregate) defeat to Barcelona in the round of 16 stage.

After finding the route to the Blues goal in the first leg, Lionel Messi’s brace along with Ousmane Dembele’s goal was enough for Barcelona to cruise to victory.

It all went pear shaped for Antonio Conte’s men within two minutes as the magnificent Messi broke the deadlock striking past Thibaut Courtois from a tight angle. The goalkeeper really should have done better as he gave the Argentine a clear option to slot the ball through his legs.

Despite a good response from Chelsea in penning Barcelona in their own half, it all came to nothing as the Spanish giants broke on the counter attack. As Cesc Fabregas lost the ball on the halfway line, Messi was there to pounce, gliding into a dangerous position before assisting Ousmane Dembele who thumped his shot into the top corner. Antonio Conte’s side found themselves 2-0 down inside twenty minutes and needed two unanswered goals to steal the tie on away goals. Unfortunately, despite Marcos Alonso hitting the post from a free-kick before half time, it wasn’t to be.

In the 63rd minute, Messi put the encounter to bed as he gave himself room to get another shot away. Once again, Courtois did himself no favours, not positioning himself well enough to stop the effort.

Performance wise, there were some positives. Willian was impressive and Kante did well in retrieving possession. The referee also turned down a penalty decision as Pique pulled back Alonso who went down in the box.

However, silly mistakes and not being able to really put a knife in Barca’s back was our downfall at the Nou Camp.

It can’t be anymore clear for Chelsea in terms of being in Europe’s elite competition next season. The champions must finish in the top four of the Premier League, a task that won’t be easy, being four points off the pace.

Without further ado, here are our Chelsea player ratings from a disappointing night: