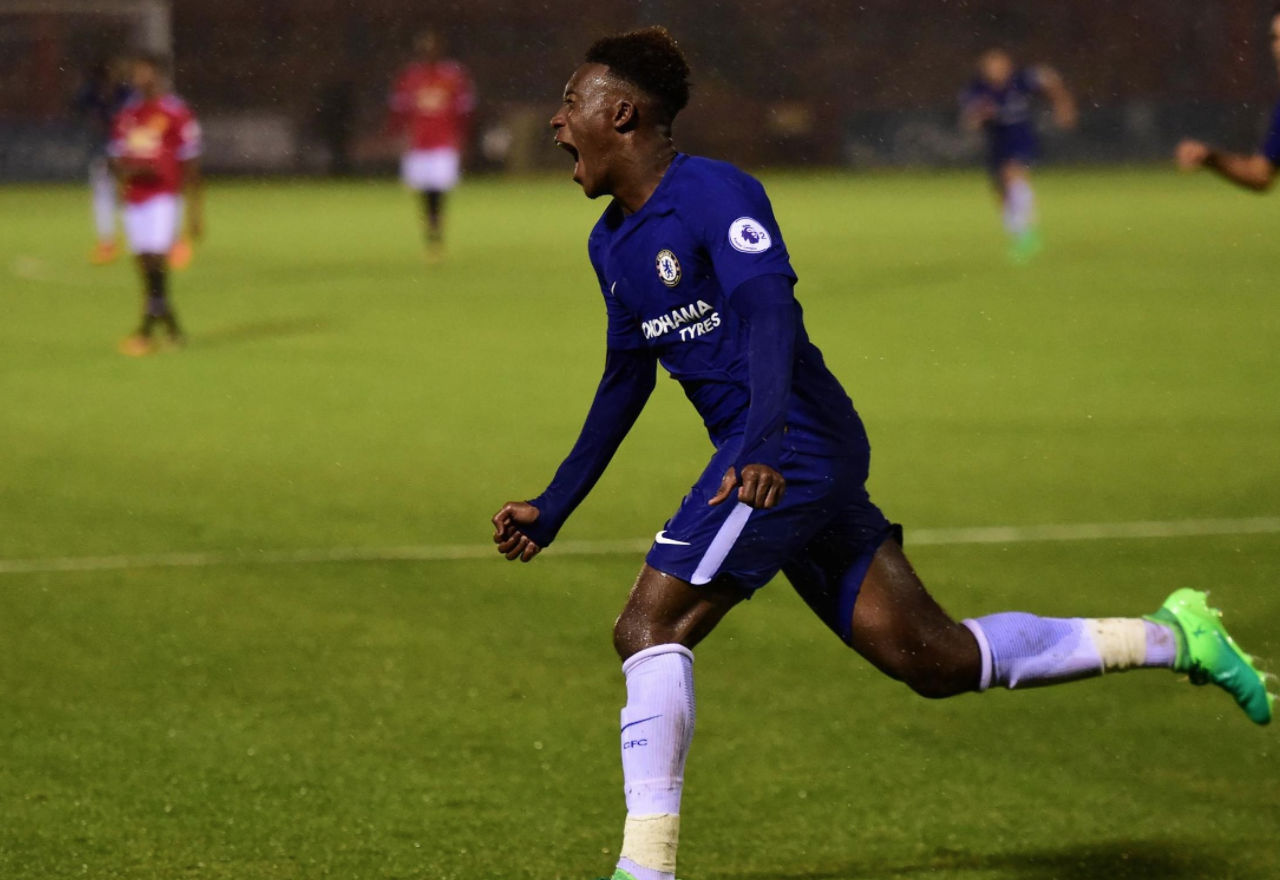 The 3-0 FA Cup victory against Newcastle will be a game that Callum Hudson-Odoi will never forget in his career.

When speaking to chelseafc.com, Hudson-Odoi was thankful to head coach Antonio Conte that he was given the opportunity to come on for the last 10 minutes on Sunday.

Hudson-Odoi is quotes by the club’s official website saying:

The 17-year-old has been the sparkle in Chelsea’s youth squads recently, scoring 11 goals for the Blues this season.

Eventually, the Englishman will want to turn his attention to making that step into the first team, as chelseafc.com reports.

“Hopefully it was the first of many games and hopefully I just keep progressing well and developing.”

Will Hudson-Odoi feature again under Conte this season? The FA Cup is a great competition for players at the stage of Hudson-Odoi’s career to show what they can do.

Along with Ethan Ampadu, the pair are the first players born in the 21st century to be fielded by any club in a domestic match.

This gives great hope for both youngsters. However, it is likely in the next few seasons they will be loaned out. That is unless they make a stunning impact in their rare chances with our first team.