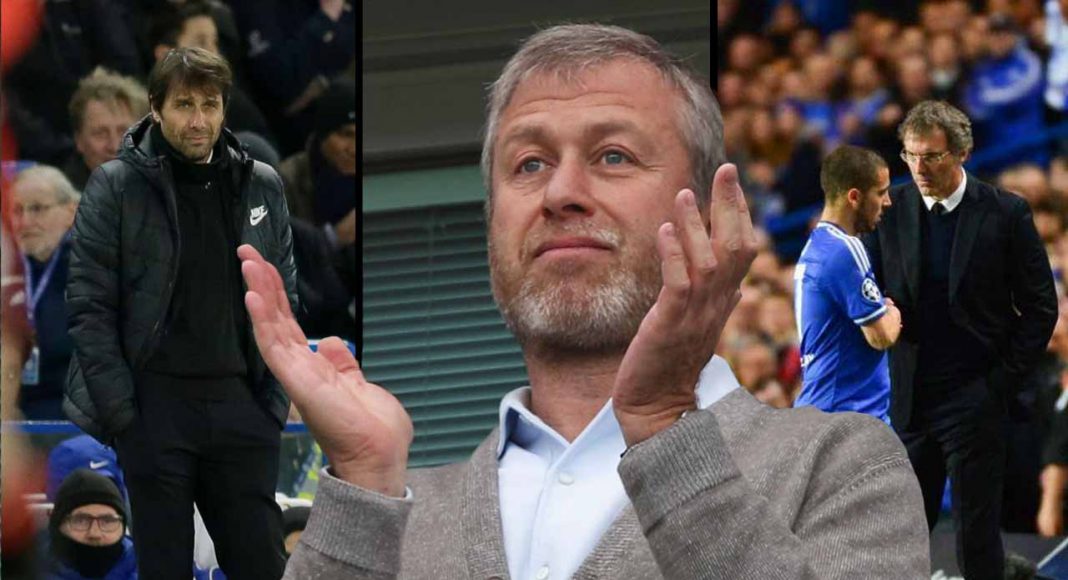 Conte will be leaving Chelsea at the end of the season, that is now clear. His relationship with the board is at breaking point, and his defence of the Premier League title has been nothing short of pathetic.

Chelsea will not be playing Champions League football next season, and Conte has to answer for it. The question on everyone’s mind is – who will replace the Italian.

According to France Football (via the Metro), former France and PSG manager Laurent Blanc has emerged as a potential candidate to become the next Chelsea manager.

Blanc has been out of work since June 2016 after PSG chief Nasser Al-Khelaifi showed him the exit door.

However, if Abramovich gets his way, Blanc could be set to return to management after a two-year break.

As the Daily Mail reported back in 2014, Blanc publicly declared his interest in taking Eden Hazard to PSG. Four years on, he may finally be granted an opportunity to work alongside the Belgian.

Do you think Blanc is the right man to take Chelsea forward? Let us know in the comments.

Conte just isn’t good enough we need a manager that has idears and can change a game when things arnt working right where conte has know idear of how to change a game those are the facts.

i think Conte should stay. Changing manager here n there will not build the team.We need to stay with one manager that will build the team. I do not understand why should manger always be changed for Chelsea?

Well, the board already has the best gaffer in its mind to replace Conte. If any one gives comment on what they should do, he’s saying it for his own detriment. But it should have been new young coach who can be flexible with the players.