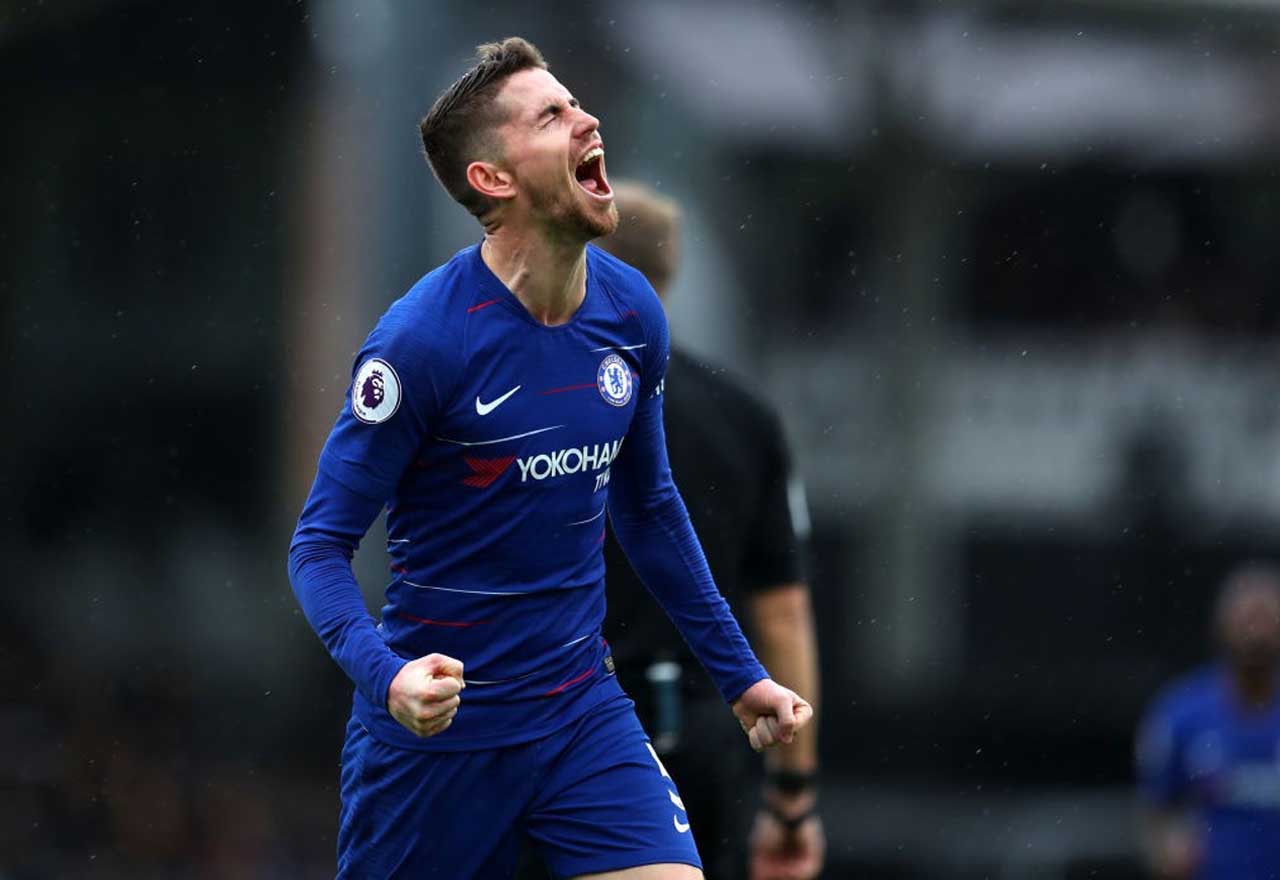 Chelsea fans appeared to have changed their tune on Jorginho after the midfielder’s brilliant performance against Fulham at Craven Cottage.

Jorginho has become a scapegoat for Chelsea supporters in recent weeks. While fans attempted to decipher exactly what ‘Sarri-ball’ is, the Italy international’s contributions from the heart of the midfield came under scrutiny like never before.

There have been arguments that he does not contribute enough in terms of goals and assists, which is a fair criticism of him, but that’s no justification for Chelsea fans in attendance at Stamford Bridge to be booing him have they have recently.

Football fans are notoriously fickle and we were given even further evidence of that today. The same fans who were booing Jorginho at the Bridge were chanting his name as he felt the field of play to be replaced by Mateo Kovacic on the 68 minute mark.

Though we do not believe that Jorginho has been as bad this season as many have made out, there’s no denying that his performance today was a huge improvement on what we’ve seen previously. Let’s hope that he can sustain this good form.