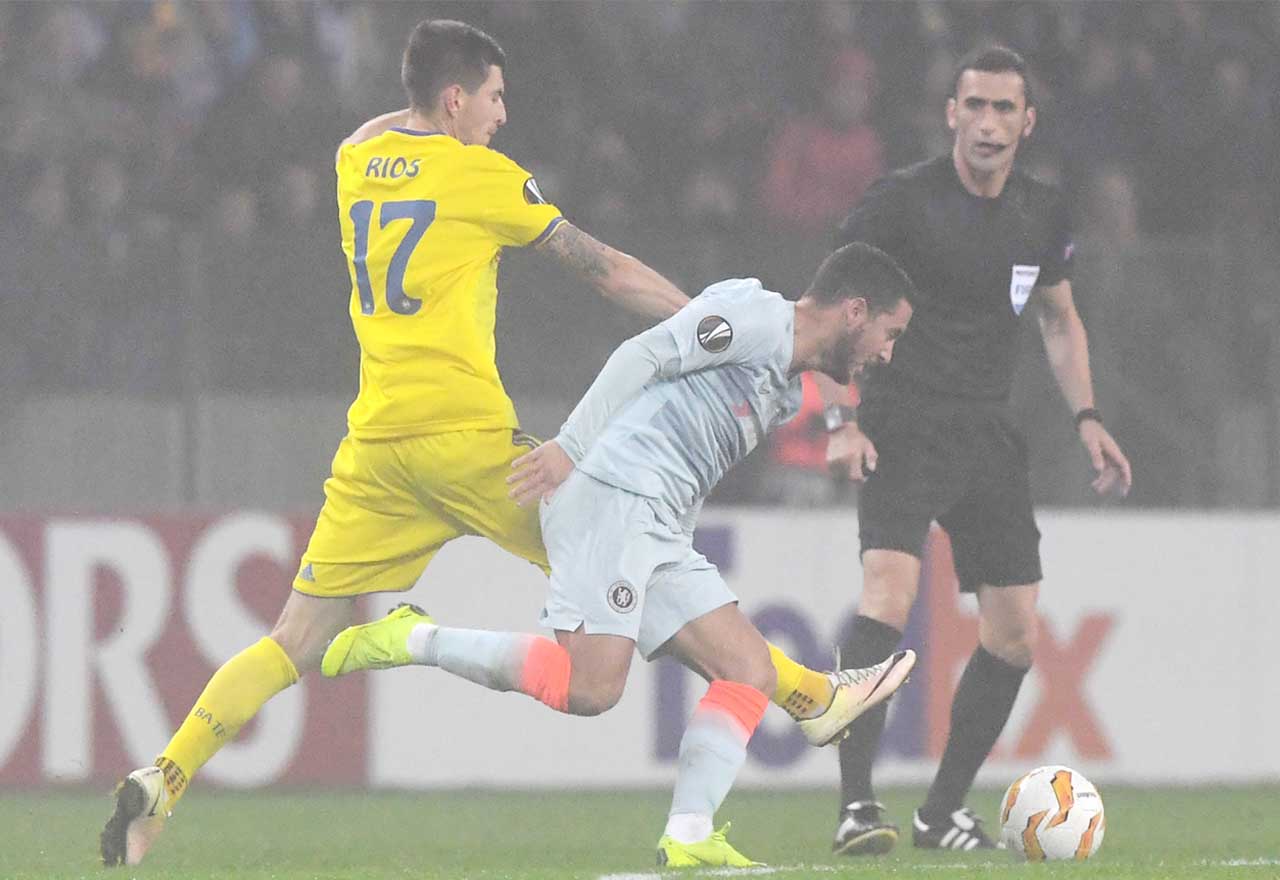 Chelsea fans took to Twitter to vent their frustration after the Blues endured a difficult first-half against BATE Borisov in Belarus.

This evening’s game provides an opportunity for Maurizio Sarri’s men to reach the knockout stages of the Europa League. Having comfortably despatched BATE in our previous group game, we expected Chelsea to make light work of this contest.

However, in an intimidating stadium in one of the furthest corners of Europe, under the Belarusian fog, Chelsea have failed to produce anything of any real quality in the first-half of the game.

Considering Liverpool were defeated 2-0 by Red Star Belgrade in the Champions League yesterday, Chelsea should be wary of suffering an embarrassing defeat to European minnows. They have work to do if they want to avoid following Liverpool’s example.

Chelsea fans are not content with what they’ve seen in the opening period. If Sarri lays into his men in the manner that the fans have in the past 45 minutes, it’ll surely provoke a reaction.

Out of all the quality fullbacks in Serie A how did we end up with Zappacosta, Emerson and Alonso lmfao

Alvaro Morata, with his feet up at home, has probably changed the channel by now. #BATECHE

This is what we get for all those “only unbeaten” Tweets

Poor from Chelsea so far, no two ways about it. Entitled approach. Sarri should take the captain out for Ampadu to send a message…

That was not a very good half. For all the talk about Sarri-ball, our attacking play is non-existent at times. Lack any cohesion and plan.

Barkley’s purple patch is most definitely over. Can’t even perform against part time Belarusian coal miners

What a frustrating match. This is why Kovacic is so important you dumb 0 IQ cavemen