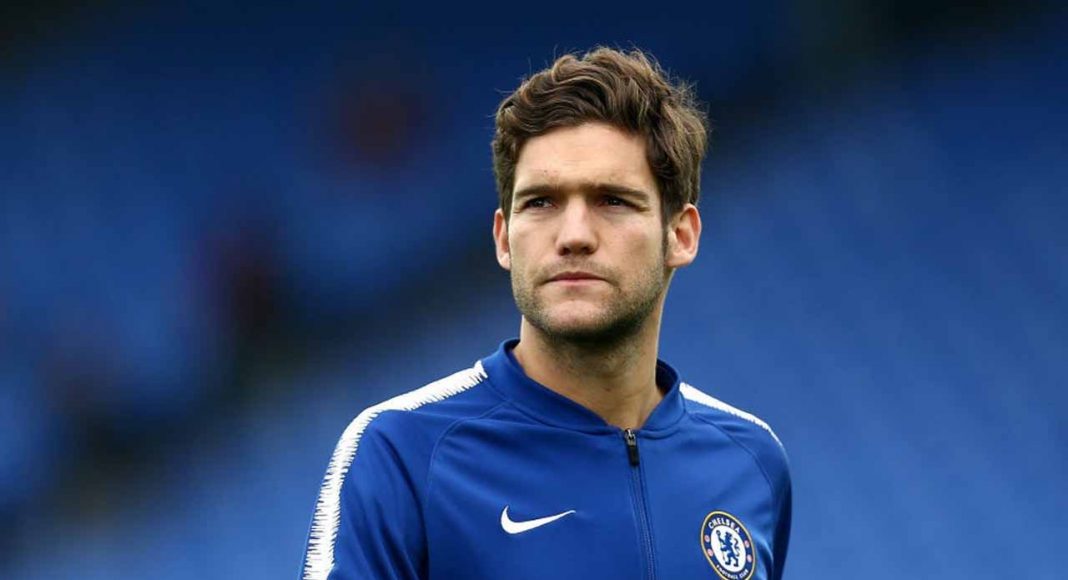 Ordinarily, Chelsea fans take issue with his suspect defending or poor crossing, but not this time – it was for the manner in which he picked up a yellow card early on in the contest.

Much was asked of Alonso with a high pass from David Luiz, which he was unable to bring under control and subsequently gave away a throw-in. His frustration at the mishit ball was evident.

Alonso needlessly slapped the ball away, which by the letter of the law warrants a booking, which the referee didn’t hesitate to award him with.

It may seem trivial to some, but Chelsea fans’ pre-existing vendetta against the Spaniard meant that this was used as another opportunity for criticism.

Here’s how Chelsea fans on Twitter angrily reacted to the incident which saw Alonso pick up a yellow. If you’re not already, follow us @TalkChelsea.

Stupidest booking of the season?

Stupid yellow card. The ball was shit and lazy but now you’re 80 mins on a yellow. Against a team that have pace upfront. Dummy.

Ironic. Marcos Alonso just got mad at David Luiz for a bad pass. Alonso gets a yellow for throwing the ball away.

Marcos Alonso just got the taste of his own medicine from David Luiz and gets booked for reacting and hitting the ball away. #CRYCHE

Alonso doing Alonso things. What an idiot. Watch him get a red card today.

Alonso is so bad. Couldn’t beat Steven Hawking in a 1v1.

I really want Alonso to play well and back him, but it’s nigh on impossible when someone is so consistently shite, lazy, and has a poor attitude.

Previous articleCrystal Palace v Chelsea lineups: Olivier Giroud starts in attack for the Blues
Next articleChelsea are the Premier League leaders in a rather unfortunate area