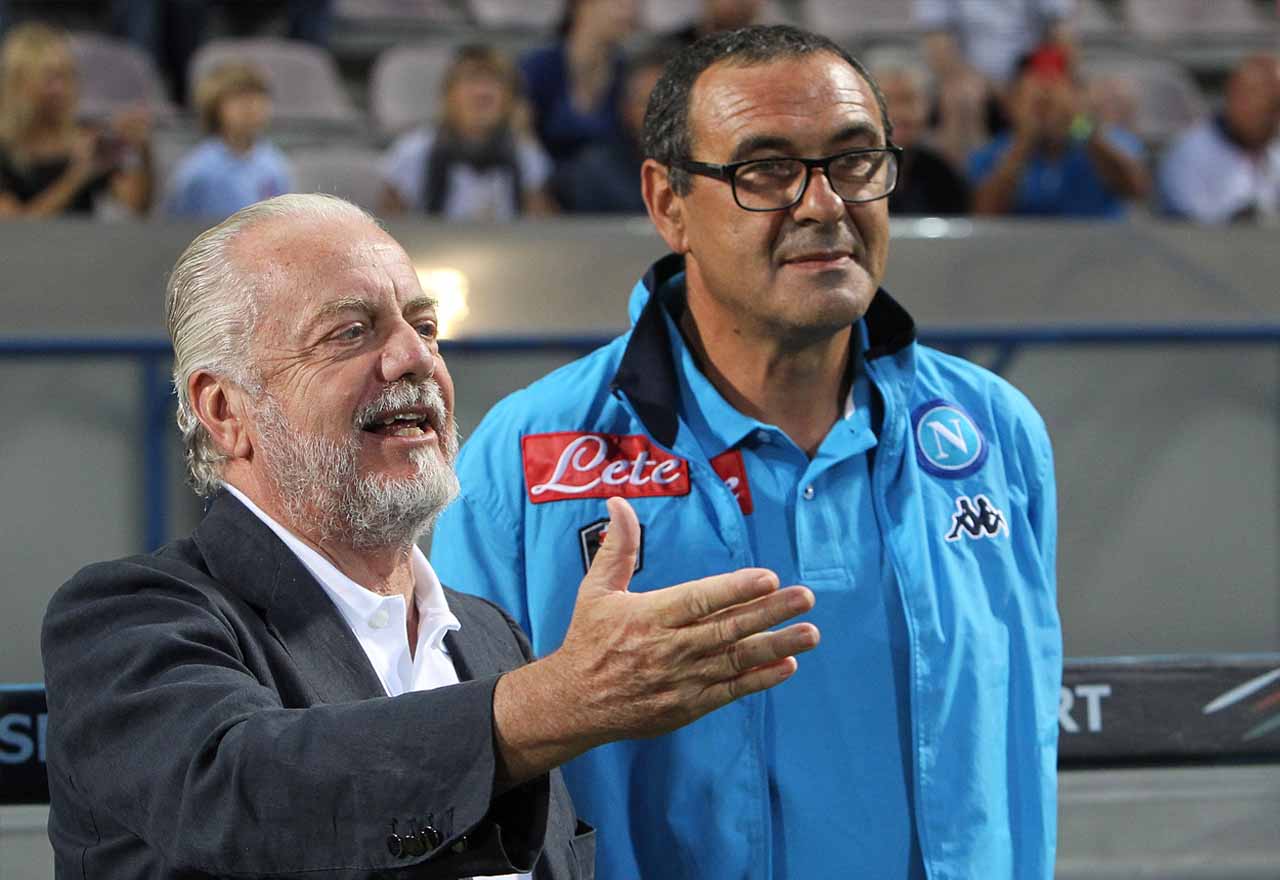 Reports in Italy suggest that Chelsea have finally made contact with Aurelio De Laurentiis over releasing Maurizio Sarri from his contract.

With Sarri dithering over his future, De Laurentiis ensured that Napoli would not be left short by appointing former Chelsea manager Carlo Ancelotti.

Bizarrely, that left him with two managers on his payroll. He still has them both, despite continuous speculation that Sarri is close to becoming Chelsea manager.

It seems likely that Chelsea will have found an agreement with Sarri ahead of time. All that’s left to do is deal with Napoli and renown troublemaker De Laurentiis directly.

According to reputable Italian journalist Carlo Alvino, Chelsea have now made contact with Napoli over agreeing a deal for Sarri’s release.

Alvino believes that an agreement is ‘close’ between the two parties. You have to think that we’re entering the final days of this month-long saga, and Sarri will soon be appointed.