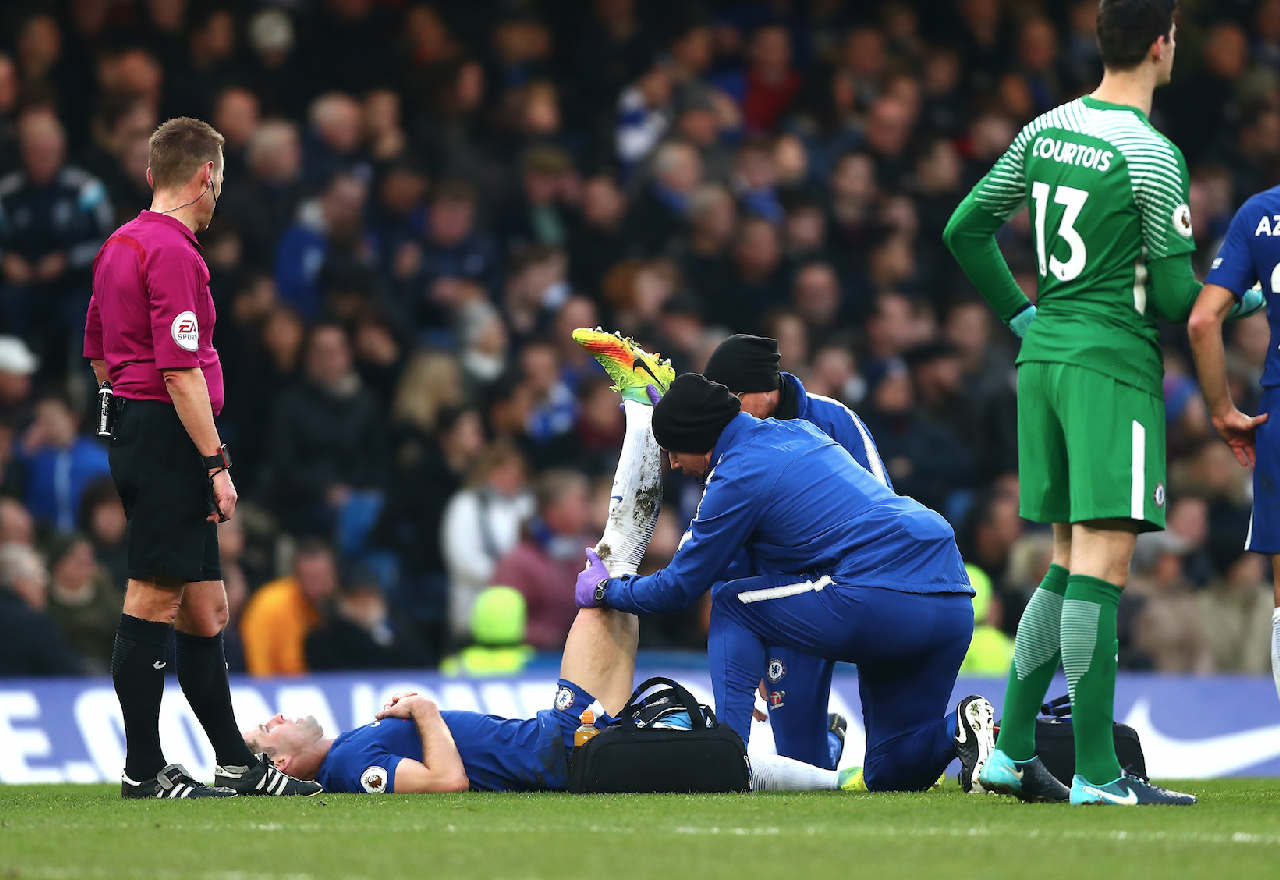 Chelsea suffered an injury blow during the first-half of their clash with 2015/16 champions of England Leicester City at Stamford Bridge.

The Premier League title holders were fortunate with injuries last term. Antonio Conte’s side did not have European football to juggle, and thus fatigue was not a problem. Conte probably has that to thank or our consistency and ultimately title success.

However, that has not been the case this term. N’Golo Kante, Alvaro Morata and Eden Hazard have all suffered with respective injury problems this term. Chelsea midfielder N’Golo Kante suffered a hamstring injury while on international duty with France in October.

Gary Cahill has now been added to that list. The skipper pulled up against the Foxes and it was clear that he couldn’t continue. Andreas Christensen stepped into his place at the centre of the back three.

Cahill has been in and out of the side this season, but his influence both on the field and in the dressing room cannot be underestimated – especially after the departure of John Terry.

I hope Alonso would not be injured or suspended very soon too. That would expose us to how lean and unprepared we are,