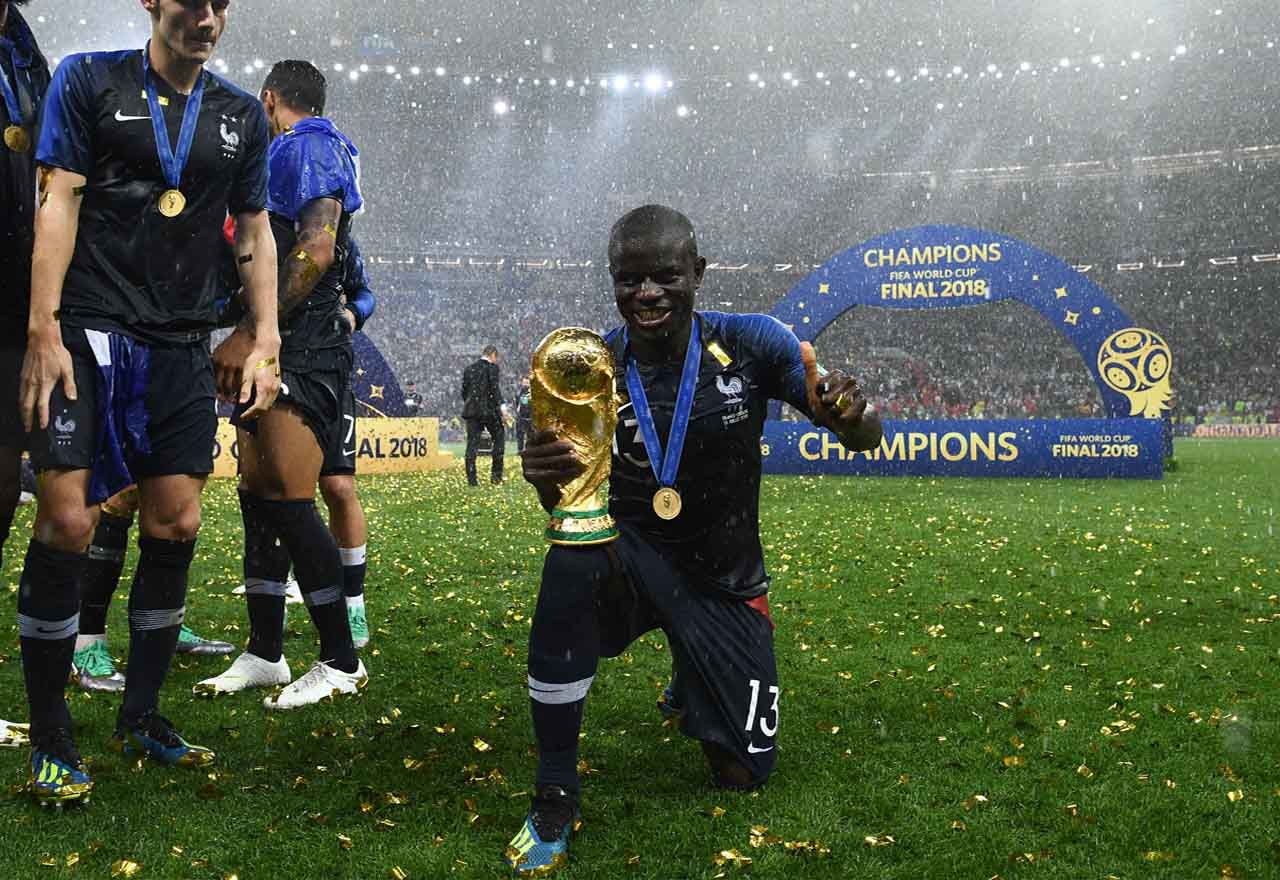 Chelsea midfielder N’Golo Kante has agreed to extend his contract with the club, according to reports in France.

There has been speculation this summer that Kante was attracting interest from both PSG and Barcelona. Neither side moved forward with their interest, if it existed.

The Frenchman has been absent for the entirety of pre-season, but will likely be fast-tracked into the starting eleven upon his return to Cobham.

We find it hard to believe that Kante will turn up unfit. He’s probably been doing laps around his garden since the World Cup final.

When he does eventually report back to Chelsea training, Kante may well be set to sign a new contract, presumably with improved terms.

That’s what reports in France are claiming. French journalist Miloud Kotbi sent out the below tweet, claiming that an extension was done and dusted.

{Exclusive PSG Community 🔴🔵 } N’golo Kanté 🇫🇷 has agreed to extend his contract with @ChelseaFC , deal done he will not move this summer #psg #TeamPSG #kante pic.twitter.com/4qiIZsG9YR

We await further news on this one. Keep your fingers crossed, Blues!