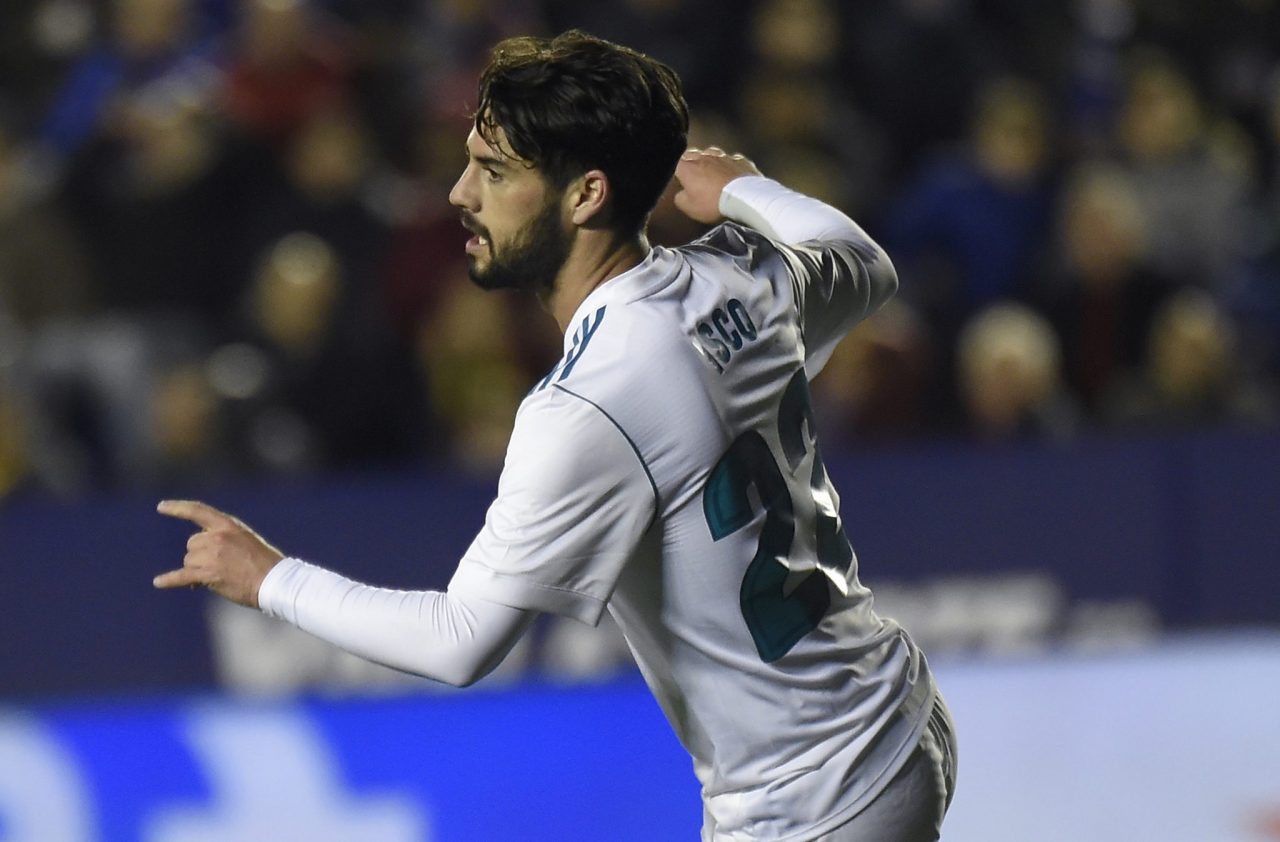 The want-away Real Madrid man has threatened to leave the European champions if he doesn’t play a part in Tuesday’s match against Paris Saint-Germain.

With the qualities Isco possesses despite falling down the pecking order under Real manager Zinedine Zidane, the 25-year-old would be a great signing for many top clubs with Don Balon also reporting that Manchester United are interested in the player. The Spanish news outlet have previously reported that the Spanish side would be willing to do business at £89m. This is a big price to pay but Chelsea could ask for Isco as part of any deal that would see Eden Hazard move the other way.

Alvaro Morata is quoted by Cadena Ser in November revealing his eagerness to see Isco linking up with him at the Blues.

“I would take [Isco] to Chelsea now when I return [from the Spanish camp]. I think he is unstoppable when he feels important.”