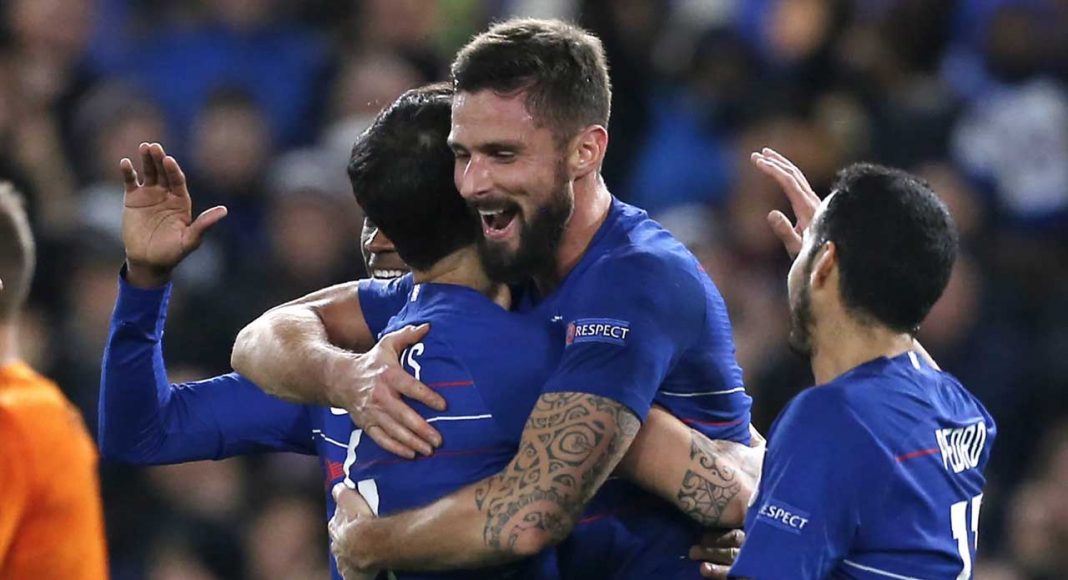 Chelsea striker Olivier Giroud is reportedly intent on earning a contract extension, despite there being plenty of interest from abroad.

Giroud has proven to be a decent stop-gap for Chelsea. Antonio Conte was desperate to sign a target man last January, and he did. The Frenchman is not Maurizio Sarri’s ideal striker, nor was Alvaro Morata. Morata has subsequently departed – but will Giroud follow?

His contract comes to an end this summer, meaning he’s free to sign a pre-contract agreement with any interested team at any time. Though The Sun, believe that he’s not interested. He wants to stay at Chelsea, and is fighting for a new contract.

It’s claimed that Chelsea have an option in Giroud’s contract to extend it by a further year should they wish to do so. It could come to down whether we are able to recruit a new striker in the summer, with Gonzalo Higuain likely staying beyond this season.

Does he deserve a new deal, Blues? If he’s willing to wait patiently for his opportunities, we could do far worse than keeping him. Let us know your thoughts on this story both in the comments section and on Twitter @TalkChelsea.