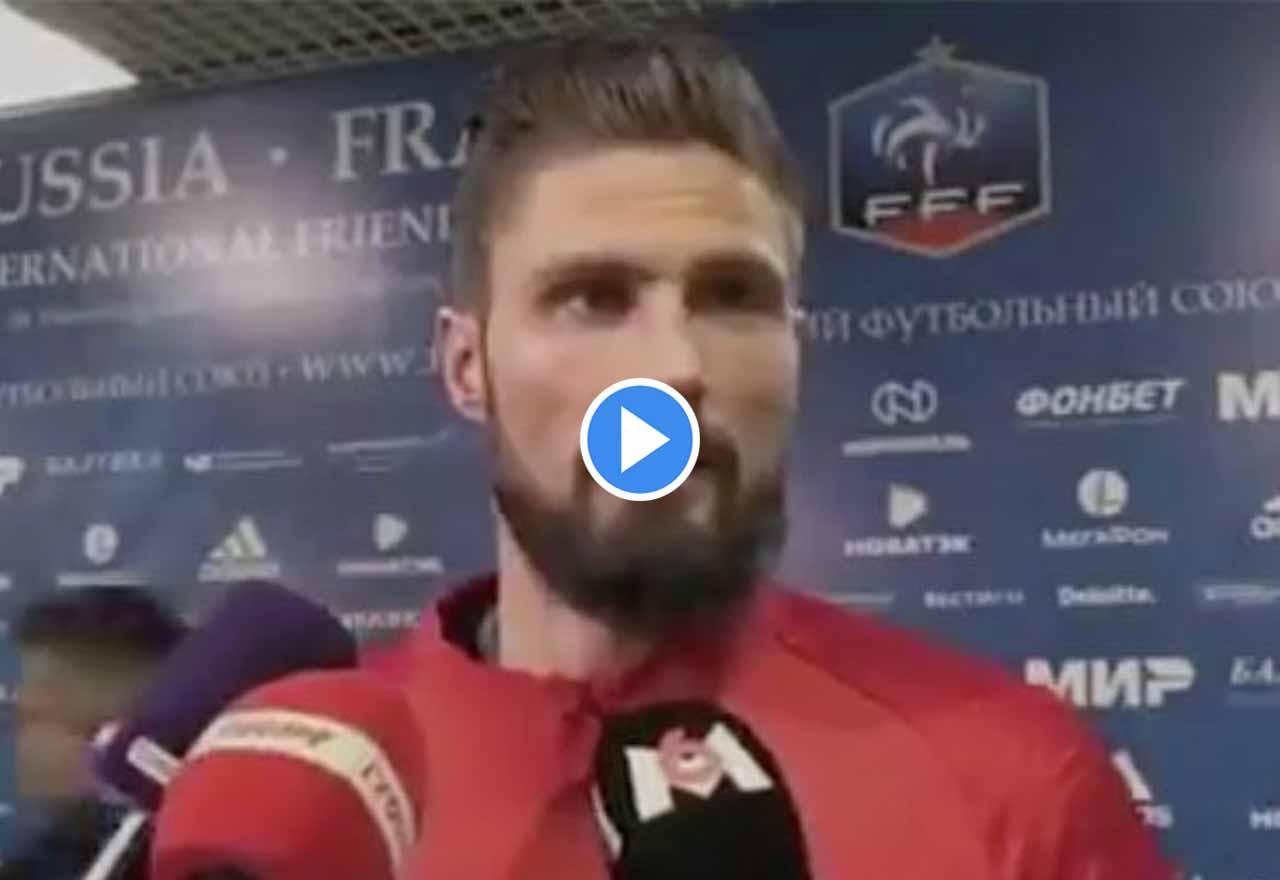 Chelsea striker Olvier Giroud threatened to storm off during an interview after having his ego bruised by a reporter.

Giroud, who joined Chelsea from Arsenal back in January, has spent the past two weeks on international duty with his country ahead of the World Cup in Russia.

The Frenchman scored his 30th international goal against Colombia on Friday. He became just the seventh French player to reach that milestone, as well as drawing level with Jean-Pierre Papin and Just Fontaine in the all-time goal-scoring rankings. He may well be starting for Les Blues at the World Cup and thus deserves a lot more respect from the fans that he currently receives. It looks as though that disrespect is also present among the media in the country.

The Daily Star report that during an interview with a French reporter, Giroud noticed that they were paying an inappropriate amount of attention to PSG superstarlet Kylian Mbappe.

The report claims that Giroud then said angrily:

Think they touched a nerve there…