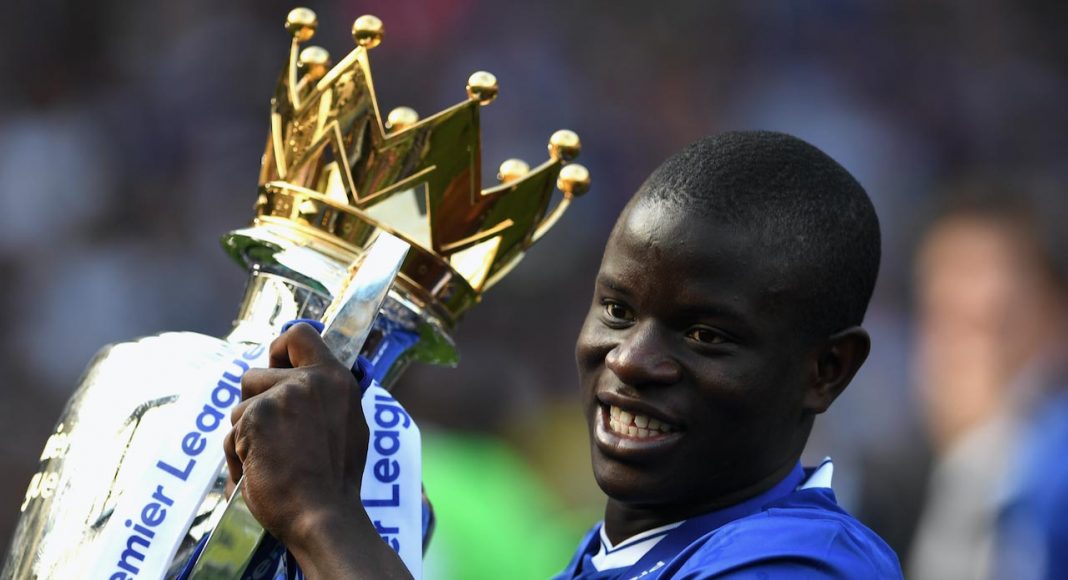 N’Golo Kante has been given the best compliment he could ever have wished for.

Kante enjoyed a stellar debut season in a Chelsea shirt, and being awarded the PFA, FWA and Premier League player of the year awards is testament to just how good he has been.

His good performances appear to have caught the eye of Chelsea legend Claude Makelele. The London Evening Standard quote Makelele, who reveals that his famous ‘Makelele role’ should be renamed the ‘Kante role’:

“People talk about the Makelele position, but I am old and it is time everybody called it the Kante position. N’Golo deserves that.”

Makelele etched his name into the footballing hall of fame during his time at Stamford Bridge. The former France international made 217 appearances for the Blues, winning six pieces of silverware in West London.

There are clear similarities between Kante and Makelele, and the former has began to follow in Makelele’s footsteps with back-to-back title triumphs. However, he still has someway to go if he is to scale the dizzy heights Makelele did during his career.