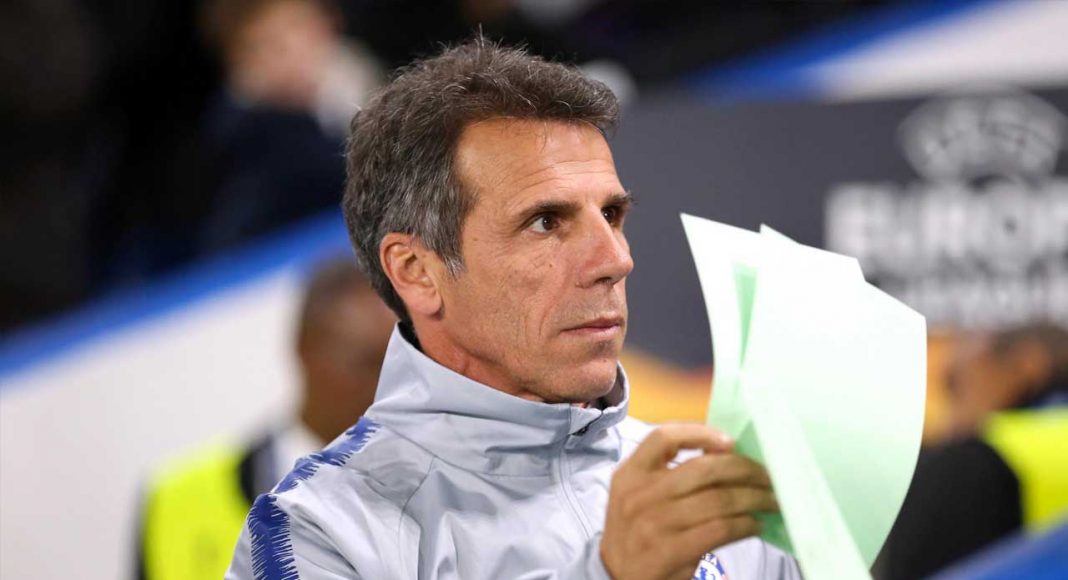 Assistant manager Gianfranco Zola has revealed what he sees as one of the main reasons for Chelsea’s recent struggles.

Chelsea are faltering, this is hardly breaking news. Maurizio Sarri is under pressure, largely as a result of his refusal to show some form of tactical flexibility in hope of improving our fortunes on the pitch. A 4-0 loss to Bournemouth and 6-0 embarrassment at the Etihad are utterly inexcusable.

Sarri has revealed time and time again that he can’t pinpoint the exact reason why Chelsea are struggling for consistency. He’s suggested that the players’ motivation, or lack thereof, could be the root cause, but his assistant manager Gianfranco Zola appears to be in disagreement.

Speaking to the press ahead of Chelsea’s FA Cup clash with Manchester United on Monday evening, Zola revealed his belief that our star-studded group of players are performing as individuals, rather than coming together as a cohesive unit working towards a common goal.

“It would be good if we could react more as a team rather than as individuals. Against Manchester City we reacted, yes, but reacted individually. There were players taking the responsibility and they wanted to change the situation on their own.”

What do you think, Blues? Do you agree with Gianfranco?