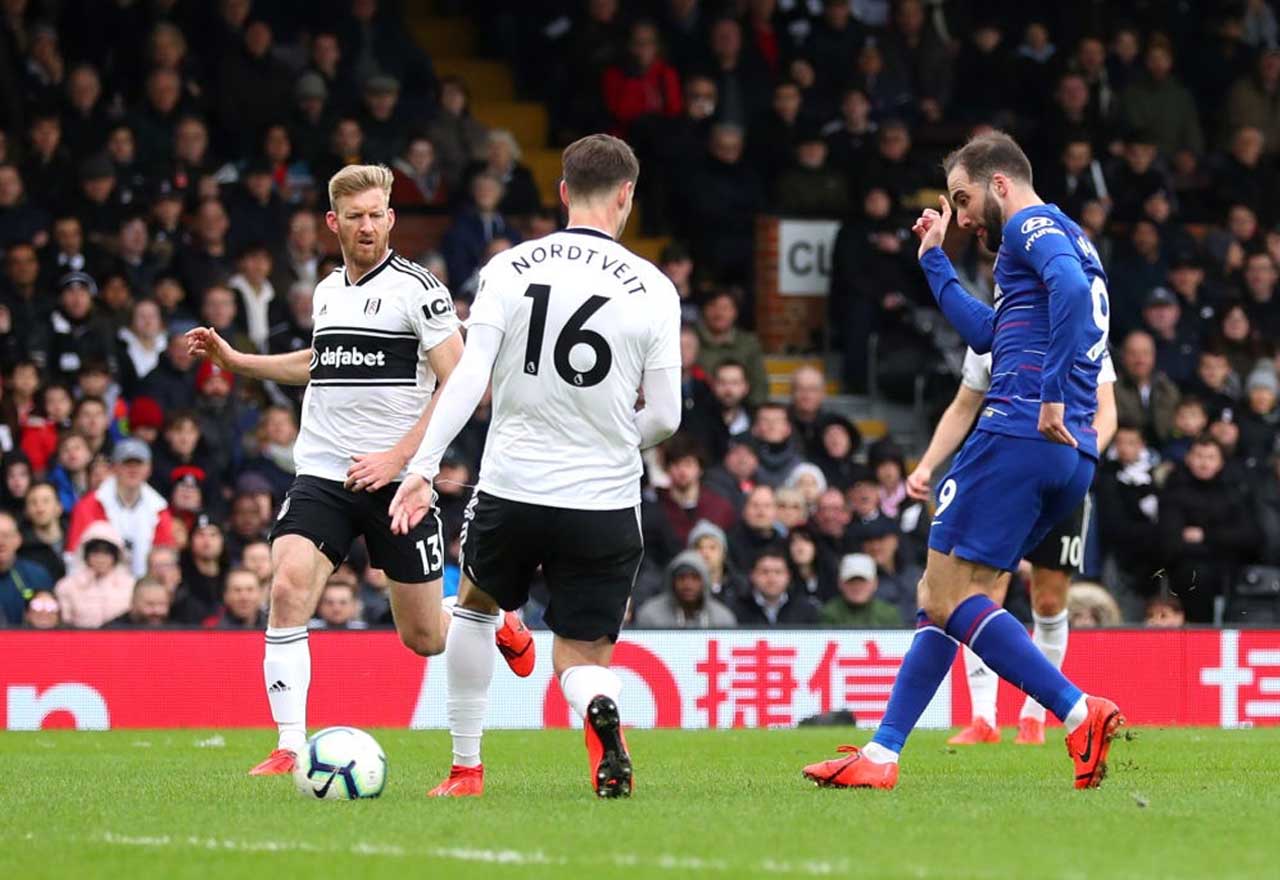 Chelsea achieved something at Craven Cottage this afternoon which (narrowly) avoided us from being the laughing stock of English football.

It’s hardly breaking news that Chelsea have had a problem scoring goals this season. Thankfully we were able to bring Gonzalo Higuain through the door in January, with the Argentine netting his third Premier League goal against Fulham today.

Higuain’s strike was his first away from home in a Chelsea shirt, meaning it was a significant goal for him – and also the team as a whole. Why? You may ask. Well, it was actually the first league goal we’ve scored away from home since the turn of the year.

👊Higuain’s goal means that Chelsea have finally scored an away league goal in 2019, the 91st club to do so in the whole of the football league

It’s truly shocking to think that 90 of the 91 other teams in England’s top four tiers scored a goal away from home before Chelsea. It’s fortunate that Huddersfield have been so awful this season, else we would have been left embarrassed in front of the whole country.